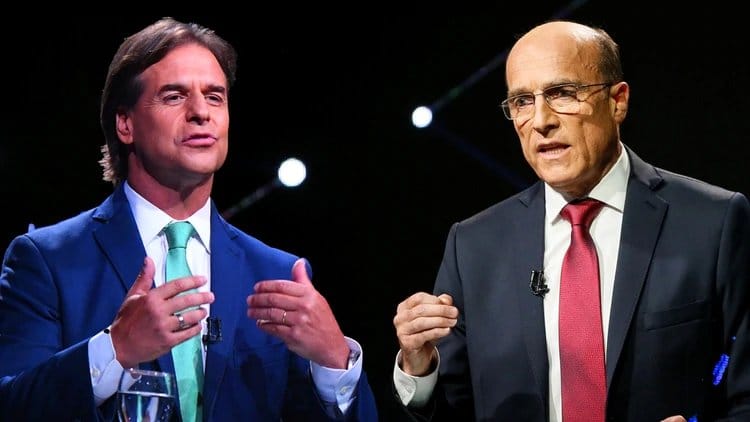 The official results of the Electoral Court, with 100 percent of the votes scrutinized, reveal a minimal difference between the National Party (PN) candidate, Luis Lacalle Pou and the Broad Front (FA) candidate, Daniel Martínez. The first has the advantage. Given the adjusted result, the Electoral Court said that we will have to wait until Friday to know the final result. The reason is that the difference is 28,666 votes while there are about 35,229 “observed” votes not counted yet.

The observed votes correspond to the votes of the board members and other voters added by various problems, and could define the winner of the contest.

RELATED CONTENT: Uruguay Elections – Difficult but Not Impossible for the Left

The vote in the second electoral round yesterday in Uruguay culminated at 7:30 p.m. (local time) with the closing of the polling stations, while a participation of 90 percent of those authorized was registered.

More than 2.6 million Uruguayans were enabled to cover the 7,100 circuits in the country. The vote is mandatory and citizens from 18 years old could participate.

The right would impose neoliberal measures
In an interview with Telesur, analyst Pablo Kunich said that if Lacalle Pou’s victory is confirmed, a series of neoliberal measures could be imposed in Uruguay that would undermine the social achievements reached during the 14 years of the Government of the “Frente Amplio”.

“If the right triumphs, a policy of economic adjustments will probably come and it will be necessary to see if they reach the necessary consensus to do so by way of shock or gradually,” Kunich said.

Pablo Kunich explained that the candidate of the National Party comes from a tradition of repressive and neoliberal policies; Therefore, during his activity as a senator, he did not vote on any of the policies that extended the rights of Uruguayan; in this context the measures to be taken will be anti-popular.