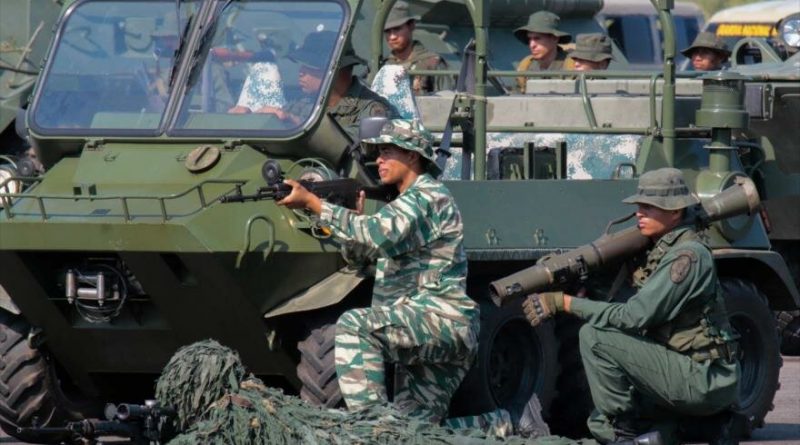 The Uruguayan Minister of Defense warns of a possible bellicose conflict in Venezuela due to the irresponsibility of certain Latin American countries.

“There are possibilities of a bellicose conflict in Venezuela. The tension over the war is permanent. Even some Latin American countries continue to harass or agitate for this eventuality of a military solution, […] which would be a disaster for the region and would mark a major irresponsibility on the part of those governments,” warns Uruguayan Defense Minister José Bayardi.

In an interview published on Friday by the Russian news agency Sputnik, Bayardi also criticized the conduct of the Venezuelan opposition that, instead of seeking a political and peaceful solution to the divergences it has with the government, has become the “tip of warmongering spear.”

The Uruguayan military authority blamed the US government of the critical situation that exists in Venezuela due to the regime of unjust sanctions that it has imposed against that country and the support it provides to the anti-Chavismo to overthrow the constitutional government of the Venezuelan president, Nicolás Maduro.

“This situation is aggravated by the role that the US has played of harassment against Venezuela, which has been increased and aggravated in recent times through unilateral decisions from an economic point of view, leading to the blocking of money, accounts and transactions,” he explained.

It also censures the hostility of the Secretary General of the Organization of American States (OAS), the Uruguayan former Foreign Minister Luís Almagro, towards Venezuela and his insistence on intervening militarily in that country.

And, precisely, due to its interventionist position regarding Venezuela, the government of Uruguay, chaired by Tabaré Vázquez, rejected the re-election of Almagro to the OAS in 2020, and the ruling Frente Amplio (FA) expelled him from the party in December.

“I share the decision of the government and I think it is very important. The role Almagro has played in the OAS has been the stoker of the bellicose-military solution in relation to Venezuela,” Bayardi argued.

RELATED CONTENT: TIAR: Is Venezuela on the Verge of an Invasion?

The warnings of the Uruguayan Minister of Defense arrive at a particular juncture, since on Wednesday the US and 11 other members of the OAS approved the activation of the mechanism of the Inter-American Treaty of Reciprocal Assistance (TIAR) , whose objective is to enable a military intervention to resolve the crisis in Venezuela.

Venezuela, for its part, has emphasized that it does not seek to initiate an armed conflict with any country, but will defend itself against any aggression.