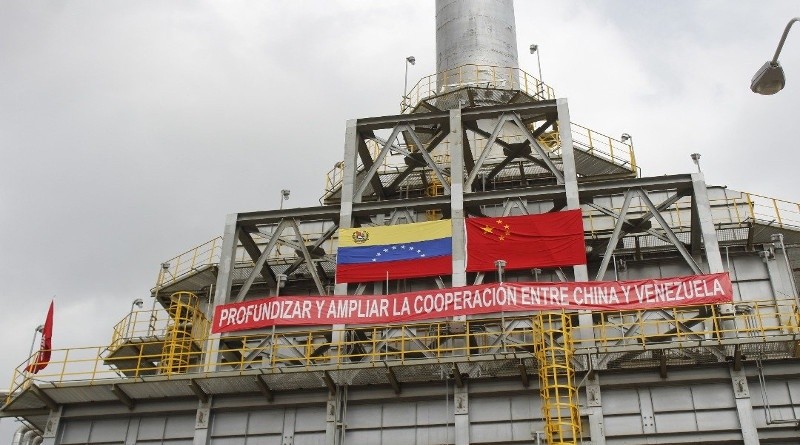 Venezuela’s oil output has continued its downward trend according to figures from the Organization of the Petroleum Exporting Countries (OPEC).

The latest report from the oil cartel detailed that, based on secondary sources, the Caribbean nation produced 712,000 barrels per day (bpd) in August, down from 755,000 in July. The numbers reported directly by state oil company PDVSA are higher, with output at 933,000 bpd in August, up from 906,000 bpd in July.

The continuing decline comes in the wake of an August 5 executive order signed by US President Donald Trump freezing all Venezuelan government assets in the United States and authorizing sanctions against US citizens and other third-party actors engaged in business dealings with the Venezuelan state and its associated entities.

Venezuela’s oil industry has struggled due to corruption, brain drain, and mismanagement, with its operations significantly hampered by US sanctions. Financial sanctions imposed against PDVSA in August 2017 have resulted in an estimated annual loss of $6 billion in export revenues. The measures were escalated to an embargo in January which blocked all sales of Venezuelan crude to US refineries, resulting in approximately $11 billion in lost export revenue over 2019.

Caracas scrambled to find new buyers and has looked to convert the crude upgraders – designed for making heavy grades preferred by US refiners – into blending facilities that produce the lighter Merey crude favored by Asian markets. However, efforts have been stifled by the August measures, which have raised the specter of secondary sanctions against countries and companies that do business with Venezuela.

The latest sanctions, which have been likened to the imposition of a Cuba-style embargo, have led China’s National Petroleum Company (CNPC) to halt crude purchases from Venezuela.

On Tuesday, Reuters reported that the Chinese oil giant had nixed purchases for a second month in a row, in what has widely been viewed as a blow to Venezuela’s struggling oil industry. Chinese imports of Venezuelan crude had previously plunged by 62 percent in July, according to Reuters.

In another setback for Caracas’ efforts to boost production, a Chinese oil contractor notified Venezuelan-Chinese joint venture Sinovensa that it would be halting work on an expansion project over US $52 million in unpaid invoices.

While Beijing has increasingly shied away from Venezuelan crude imports, Moscow has moved in to fill the vacuum.

According to trading sources, Russian state energy giant Rosneft was responsible for 40 percent of Venezuelan oil exports in July and over 66 percent in August. The Russian company reportedly reroutes the oil to customers which have backed away from dealing with PDVSA to avoid sanctions.

Rosneft has likewise dismissed threats of US sanctions as “unfair competition,” claiming that its operations in Venezuela had been in place before the August 5 executive order. In a press statement, the Russian company added that US government rhetoric was aimed at creating tensions in global oil markets.

Rosneft’s statements came in reply to declarations by US Special Envoy for Venezuela Elliott Abrams, who told reporters Washington could consider imposing sanctions against Rosneft “at some point.” Abrams also criticized the European Union for not imposing tougher sanctions against Caracas.

Featured image: US threats of secondary sanctions have seen Chinese oil company CNPC cancel shipments from Venezuela for the second month in a row. (VTV)