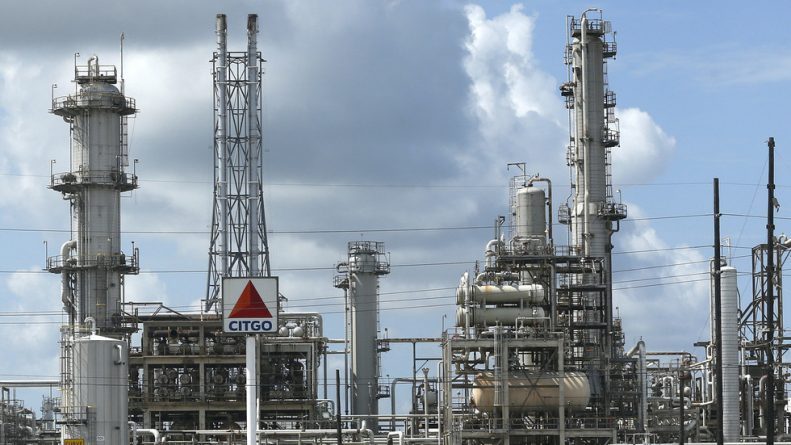 Venezuela is scrambling to find buyers for its oil, hoping to keep revenue streams alive even as President Nicolas Maduro loses control of Citgo.
The US-based subsidiary of PDVSA officially severed ties with its parent company in order to comply with US sanctions, according to Reuters. The American government is trying to shift control of Citgo into the hands of Venezuelan opposition leader Juan Guaidó. Citgo has stopped sending payments to PDVSA, and Gauidó has appointed a new board to the company. Some Venezuelan employees working at Citgo in the US returned back to Caracas.

Citgo is one of the major prizes that the US has tried to wrestle away from Maduro as part of the American regime change campaign in Venezuela. Citgo is the eight largest refiner in the US at 750,000 bpd, and it owns pipelines and retail gasoline stations. The company is a key source of revenue for the Venezuelan government.

Aside from being based in the US, the Trump administration had some extra leverage over Citgo. The company needs to refinance some of its debt, but couldn’t do so if it was to be smothered by sanctions. “We have been told that we have to organize the house by Feb. 26 to avoid conflicts with sanctions,” a source told Reuters. Citgo’s bonds have gyrated in value due to the uncertainty over how its credit rollover would be handled.

The Trump administration had been holding off creditors, who, like vultures, have been swarming around Citgo, readying for a default amid the political chaos. Guaidó and the Trump administration wanted Citgo to remain intact, free of creditor actions, so that it would provide a source of revenue for the fledgling government after the ouster of Maduro. The severing of Citgo from PDVSA was a crucial element in keeping Citgo alive.

Meanwhile, back in Venezuela, Maduro and PDVSA are trying to keep their oil exports from collapsing, despite the tightening vice of American economic and political (and potentially military) warfare. Venezuela is aiming to send oil shipments to India and Europe, the Wall Street Journal reports, although the discounts necessary to secure purchases from worried buyers might mean that the country’s revenues from the sales are vastly diminished. PDVSA’s head Manuel Quevedo said that exports remain steady at 1.2 million barrels per day (mb/d), although the WSJ notes that private estimates from shipping tracking firm Kpler put the figure at 1.1 mb/d.

Venezuela has had some modest success. Exports to India rose modestly by 40,000 bpd in February. The WSJ reports that Spain, Sweden and the UK continue to import oil from Venezuela.

However, the problems are significant and mounting. Some of those shipments are sent in return for investment in Venezuela, and thus, are not earning hard currency. Moreover, somewhat surprisingly, exports to China declined by 155,000 bpd in February, the WSJ reports. China was expected to be one of the few countries that might pick up extra cargoes following US sanctions, but that has apparently not yet happened.

Other buyers are staying away. Eni has stopped buying oil from Venezuela, along with other European oil majors. Even the Russian privately owned oil company Lukoil ended its oil-for-products trade with Venezuela.

One of the problems for PDVSA is the quality of its oil. The heavy grade of Venezuelan oil can only be refined in certain places. The US Gulf Coast was one of the few sources of major heavy oil refining capacity. Not just Citgo’s refineries, but also those of Valero and Chevron. With sales to the US Gulf Coast drastically down, it’s tricky finding other buyers for so much heavy oil.

At the same time, Maduro has defied the odds and has so far fended off the Venezuelan opposition, the US government and the combined political attacks from governments in most of Latin America and Europe. He is still hanging on to power, and for now, still exporting oil, even as shipments are expected to decline. Surely the Trump administration will decide to escalate the situation in an effort to topple him, but so far the oil embargo has not succeeded.