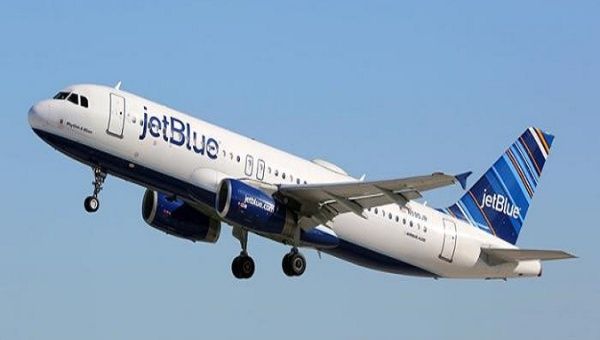 The measure will reduce U.S. national travelers to the island just before the Caribbean nation’s turist high season.

The Donald Trump administration will ban all flights from the United States to different destinations in Cuba, except Havana, news agency Associated Press reported Friday. The U.S. Department of Transportation announced that JetBlue and American Airlines flights to Santa Clara, Holguin and Camaguey will all be canceled by December 10th.

The move responds to Washington’s interests to intensify the blockade against the island and reverse all the diplomatic advances between both governments promoted under Barack Obama’s administration.

The decision came after a U.S. State Department request to the Department of Transportation specifying that the new rule will take effect in 45 days. Through a letter, the top U.S. diplomat, Mike Pompeo, requested the suspension of flight authorization to strengthen sanctions against the Cuban government. The purpose seems to be to stop or reduce as much as possible U.S. tourism to Cuba, just as the island is on the cusp of its touristic high season.

Cuban President, Miguel Diaz-Canel firmly rejected Washington’s announcement, calling them not just an attack on Cuba but on U.S. people.

It’s the height of impotence and failure in face of the dignity of a heroic people that make them act with so much cruelty, evil and viciousness. They are attacking #Cuba and also the #US people.#CubaNoSeRinde #SomosCuba #SomosContinuidad https://t.co/5wEuRU2Q61

Havana represents the principal Cuban destination for U.S. tourists and flights to the capital will remain legal. Separating those who travel to the Caribbean nation for vacations purposes, this ban will most directly affect Cubans residing abroad who want to visit their relatives. Cuban Foreign Minister, Bruno Rodriguez denounced through a tweet once again the unilateral and oppressive politics against Cuba promoted by the White House.

I strongly reject new #US blockade measure that bans #US airlines’ flights to 9 Cuban airports; strengthens US citizens’ travel ban; mutilates US people liberties & damages people- to-people contacts. But they won’t extract any concession from us. We shall overcome! | #Cuba

Fernández de Cossío added that Washington doesn’t care about undermining family contacts or creating unfair inconveniences to those traveling to his nation. “Our response is unwavering,” he concluded.

Featured image: The decision was taken after Mike Pompeo requested the Department of Transportation suspend flights to strengthen sanctions against the Cuban government. | Photo: Granma