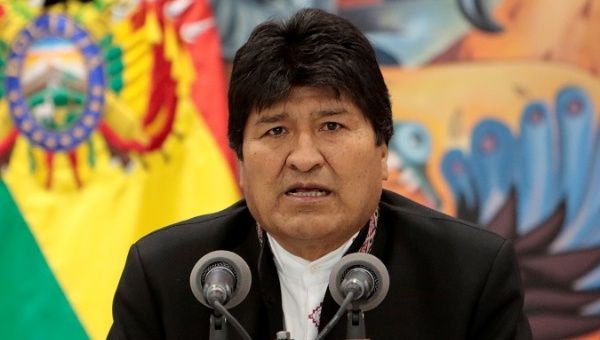 In Brazil and Argentina, two countries mired in neo-liberal authoritarianism, Bolivians voted strongly in favor to reelect the Movement Towards Socialism candidate.

The reelection of Evo Morales for his fourth term as President of Bolivia was possible thanks to the votes of Bolivians residing abroad, according to an investigation carried out by Fato’s Brazil.

“Bolivian immigrants, who live in neighboring countries that have neoliberal governments, gave the winning candidate a wide margin of difference over his opponent Carlos Mesa: 61 percentage points of advantage in Brazil and 74 percentage points in Argentina.”

Outside of Bolivia, the “Movement Towards Socialism” (MAS) candidate obtained 120,647 votes and Masa obtained 54,568. Without these votes, Morales would not have been elected in the first round.

“After all, he needed a 10 percentage point advantage over the runner-up: the difference in Bolivian territory was 9.81 points,” Brazil de Fato commented.

In Brazil, where Bolivian voters have been suffering from the far-right President Jair Bolsonaro’s budget cuts in health and education, Morales obtained 22,210 votes and Mesa got 3,030 votes.

How is Evo Morales even controversial AT ALL!!?? He’s Bolivia’s first indigenous president, he’s a democratic socialist, his base is poor and indigenous, his policies have grown the Bolivian GDP by ~5% annually, poverty has decreased by 25% since he became prez, and he did this.. pic.twitter.com/GfFOta6Lpt

In Argentina, a country whose right-wing President Mauricio Macri sent 35 percent of the population to poverty, the Bolivian president won 80,420 votes and the 8,380 opposition candidate.

On the eve of the elections, Bolivian voters residing in Brazil commented that their participation would be important to define the final results.

“Seamstress Nancy Salva compared the transformations in both countries since she emigrated ten years ago. Miriam Guarachi cited the high participation of Bolivian women in politics in recent years. Luis Jacinto stressed that Bolivia’s progress made him consider returning to his home in the near future,” Brasil de Fato reported.