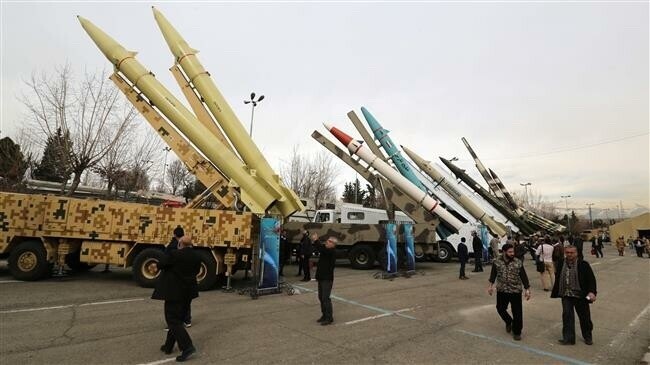 Iran says the recent US cyber attacks against Iranian missile control systems have failed to cause any disruptions.

“The media ask whether the alleged cyber attacks against Iran did take place,” Iranian Minister of Information and Communications Technology Mohammad Javad Azari Jahromi said in a tweet on Monday.

“They try hard, but they have yet to carry out a successful attack,” Jahromi added.

On Thursday American outlets claimed that the United States had targeted computer systems that control Iranian rocket and missile launchers.

“We have been facing cyber-terrorism for a long time…Last year we neutralized 33 million attacks with the (national) firewall,” Jahromi noted.

US sources reveal that that American intelligence and military officers are working on clandestine plans against the Islamic Republic.

Citing unnamed current and former US government officials, the New York Times said in a report on Sunday that the plans pushed by the White House are designed to develop new options, including in cyberspace, to counter the Islamic Republic without escalating tensions into a full-out conventional war.

According to the officials, the White House has told military and intelligence officials it now also wants options in line with the kind of operations conducted by Iran’s Islamic Revolutionary Guards Corps (IRGC), including the downing of the intruding US spy drone.

They did not provide further details about the secret operations under consideration by the White House, the report said.

The Times, however, said they could include a wide range of activities such as additional cyber attacks, secret operations aimed at disabling speedboats used by the IRGC and covert operations inside Iran aimed at fomenting more unrest,

The IRGC Navy is well-known for the speedboats it operates in the Persian Gulf, which it has used to successfully contain foreign ships and aircraft carriers around the key Strait of Hormuz in the past.

The American officials said Washington might also look for ways to divide or undermine the effectiveness of Iran-allied groups in the region.

Pointing to the US Central Intelligence Agency (CIA)’s longstanding covert plans against Iran, the officials said that senior American officials have discussed with the White House options for expanded clandestine operations by the spy agency, as well as plans to step up existing efforts against Tehran.

One former American officer said there was a range of options that the Pentagon and the CIA could pursue to potentially keep Iran off balance but that would not have “crystal-clear attribution” to the United States.

The US has been escalating tensions with Iran under President Donald Trump.

Leading a signature policy of “maximum pressure,” the US quit a United Nations-ratified nuclear agreement between Iran and six world states. It then proceeded to restore the sanctions that had been lifted under the deal.

Washington has, in addition, sent an aircraft carrier strike group, a bomber task force, an amphibious assault ship, and some 1,500 more forces to the region over the past weeks.

The US has cited, what it calls alleged intention by Iran to target the American interests in the region for the alarming escalation. Tehran has rejected harboring any such malevolence, warning that the region cannot take another conflict as a result of Washington’s reckless measures.