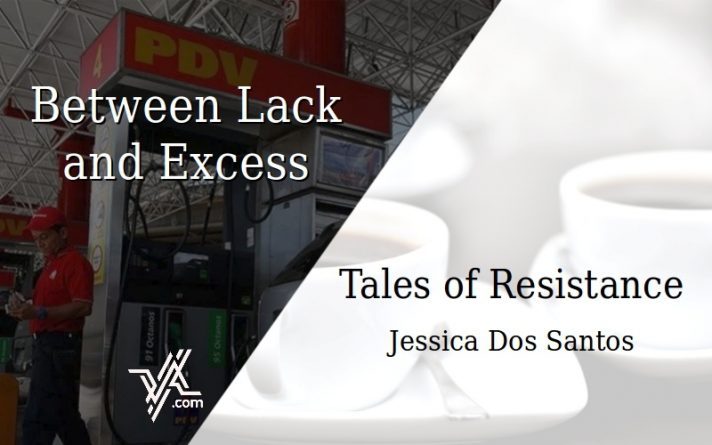 In her latest column, Jessica Dos Santos details the challenges in presenting an accurate picture of Venezuelan reality to foreign journalists.

A few weeks ago, two Spanish journalists based in Mexico arrived in Venezuela, promising to document the multiple facets of the current situation.

In order to do so, they reached out to me. After careful consideration, I thought it could be an opportunity to offer a slightly more honest perspective about day to day life in this country.

At the end of the day, Venezuela is not what’s said by the mainstream media, but neither does it resemble the “truth about Venezuela” that some describe, in the country and abroad, as outputs from their comfortable (government‐sponsored) tours.

And so, the two women and I met in the east side of the city. In this area there’s quite a lot of restaurants, bars, ice cream shops, supermarkets, hotels, etc.

The lead journalist had yet to eat, so this was the ideal place to start: she ordered an arepa with yellow cheese and a juice to wash it down. I “didn’t want” anything.

After the treat came the check: “This is the average price of a meal anywhere in the world. Everything I’ve seen so far seems on par with international prices,” she told me matter-of-factly. “Well, but here a whole minimum wage is not enough to pay for this meal,” I explained, without much knowledge about the rest of the globe.

Upon leaving, we got in my car and started swerving around the potholes that have taken over the asphalt amidst an endless amount of traffic lights which, more often than not, are broken.

“Is the economic war to blame for this?” she asked me. “And government incompetence, of course,” I replied, plainly.

Minutes later, we drove into a gas station. One thing that caught her attention was that workers filled gas tanks without drivers getting out of their cars. However, what shocked her even more, was watching me fill up the tank and leave without paying. “Did you forget to pay?!”, she asked, startled.

So, I decided to go back to the station.

“Sir, how much do I owe you?” I asked the worker who had tended to us minutes before. “Nothing. But we accept tips,” he told me, giving me an odd look.

“And if I give you this (a low denomination bill)?” I asked him. “I do this,” he replied as he dropped the bill in a garbage bin alongside many others.

Bewildered, the Spanish journalist bombarded the bombero with questions. He gave her one answer (“The government was going to raise prices but didn’t”), two catcalls (“You really are pretty,” “until when are you staying?”), three jokes (“even if gasoline was expensive, to you I’d give it for free, sweetheart,” “let’s go salsa dancing tonight,” “take a photo with me”), another answer (“yes, they were going to implement a biometric system, but I don’t know what became of that”), and so on and so forth.

As we left the place, the blushing journalist asked me: “But how does this work? Doesn’t the state need the money?”

I tried to explain that the monetary reconversion left gasoline with an undetermined price. Then, the government did an endless number of studies and planned for months how to raise it to international prices, but nothing came of it. And, as always, nobody gave a reason why.

RELATED CONTENT: War of Tweets Within the Anti-Chavista Millennials: Betrayal and Deception Uncovered

I took the opportunity in stride to explain that in Venezuela many services are subsidized, and thus much cheaper compared to the utility fees in other countries where she’s spent so much time.

“I’m also surprised that the city appears peaceful,” she whispered. “The city is peaceful,” I replied. “It’s just that when I told my relatives I was coming to Venezuela, they all told me I was crazy,” she said shily.

“Here we live, like the song goes, “in the tranquility of despair” (“en la tranquilidad del desesperado”). In Venezuela it’s really fucking hard to afford food, hygiene products, medicines, clothing, shoes, etc, etc. It’s an uphill battle to survive the lack of transportation, to deal with days with no water or the moments with no electricity, but it’s also really easy to be happy. Here anyone can feel loved. People don’t need to know you to offer you a smile, a hug, a piece of advice, or a piece of bread. Here we have plenty of ingenuity to move forward. We’ve been doing it, in spite of the poor political leadership from both sides, and the brutal US sanctions,” I responded.

“Then, you don’t want to leave?” she asked me, as she looked more and more astonished. “No, I don’t. And to be honest, I’m annoyed by your question. I hear it every day. And it always comes with this face, with this look that says ‘what are you doing? Run! You’re doomed to fail!’. And no. I don’t know if 1, 2, 3 or 4 million have left Venezuela, but more than 30 are still here, and out of those 30 million many of us are here because we want to be here. We’re not hostages. I could leave, I have double nationality, some goods I could sell to buy an airplane ticket, places to go to, but I don’t feel like it. In Venezuela there’s a multitude willing to rebuild, including rebuilding the damage caused by others,” I told her, without stuttering.

She remained pensive. When we arrived at my place, we went up, and I did what every Venezuelan does: I offered them coffee.

“But do you have enough coffee?” they asked me. “Here there’s not enough of anything, but we always manage to have “enough” for everyone,” I told them.

The interview went on in my building’s hallway, between the comings and goings of my neighbors. Some of them stopped because of all the cameras, and stared angrily at me when they heard answers that did not conform to their political beliefs (the majority are fierce opposition supporters).

“And why not Guaidó?” she asked me. “It’s not about that. Did you know that the people here, with whom I’ve argued over politics a thousand times, gave me water, food, candles, etc., during the national blackout? Do you understand that in Venezuela we are not beasts on the brink of eating each other alive? I think we’re capable of solving this without international tutelage, that’s all,” I told her.

A few hours later, they left. In spite of that, I wasn’t too sure about the job done. On the other hand, I was very tired, so I decided to take a shower. To my surprise, they had left a deodorant and soap next to my sink, along with a thank you card, a kind of international humanitarian aid.

“These chicks are morons, what do they think? That I cannot buy my own deodorant? For fuck’s sake. I’m going wherever it is they’re staying and giving back this stuff right now,” I shouted, as a put my pants on and took in my boyfriend’s laughter.

“And what the fuck are you laughing about?” I asked.

“Look at you. You are the clearest example of something they may never understand: in Venezuela nowadays there’s lots gone missing, but there’s plenty of dignity.”