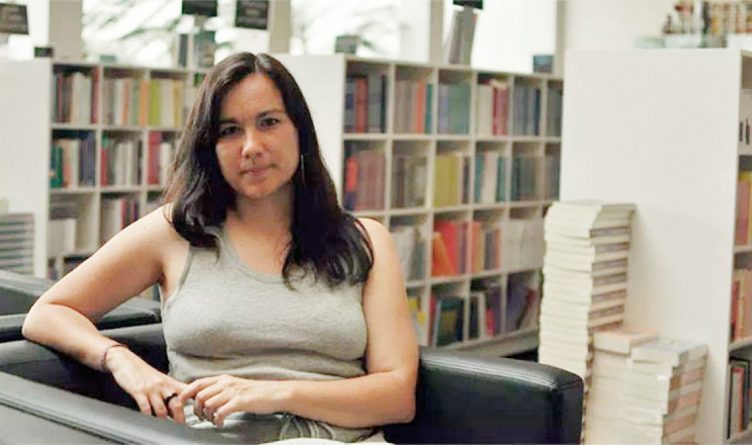 Political Scientist, PhD in International Relations and Latin American Studies. Proud daughter of the working class, according to her twitter @aran_tirado. Exercises journalism and defends the Bolivarian Revolution. She is from Barcelona, Spain.

– Why defend the Bolivarian Revolution?
-Because defending the Bolivarian Revolution is to defend the most advanced revolutionary experience in Latin America and the Caribbean, after the Cuban Revolution. The peoples of the world need living revolutionary referents, not just past experiences that we can read in history books. Both processes are worthy for what they have to challenge the interests of the US in the continent and attempts, more or less successful, alternative construction to the prevailing neoliberal order. This gives us hope and inspires those of us who believe that capitalism is a predatory, unjust and anti-humanist system that must be overcome. Therefore, defending the legitimacy and survival of the Bolivarian Revolution in the face of this war that it is suffering is, ultimately, defending ourselves, to the possibility of being able to also transform our societies in a future. If Venezuela wins, humanity will win too.

RELATED CONTENT: The struggle for Venezuela would be “the trigger for a world war”

– Your testimonials about what happens in Venezuela, why have they brought you so many problems?
-Because the Venezuelan opposition has a very low level of tolerance for the thinking of others, especially if that thought is aligned with Chavismo. But also if someone simply does not repeat the lies that they have managed to install exclusively abroad about the Venezuelan reality, thanks to the inestimable help of the great international media conglomerates that only give their version of the facts, they get very nervous and react with aggression. This is a characteristic behavior of the Latin American and world elites, each time those from below have questioned their class interests throughout history. I’m not surprised. In fact, my problems have been few compared to those Chavistas live with every day in Venezuela, a country in which, paradoxically, the defenders of the “chavista dictatorship” have to be careful with these insane anti-chavistas.

-According to Churchill: “Democracy is the least bad of all systems.” Are all the systems bad?
-The problem is that Churchill spoke of democracy as a universal absolute, but in reality he was referring to the procedural liberal democracy that rules capitalist societies, which is not the only existing democracy, not even the best, in my point of view. I believe that there are other types of democracy where the emphasis is on equal opportunities regardless of the social class of origin, in economic equity, in the just distribution of social wealth, in political participation.

– How to defend yourself on Twitter of so much hate?
-I do not think you have to defend against the insults and attacks on Twitter, there are more important things to do with that vital time, such as, for example, continue uploading information, data and analysis that disarm the lies of those who use networks as part of of the hybrid war against Venezuela. That is more important and, as it is what pains them the most, it is what you have to keep doing. To enter to debate provocations, absurd arguments or lies, would be to lower yourself too much and enter the terrain they would prefer, which is to distract you.

– Before the injustice that justice did in Brazil with Lula, and before the coercive measures and the economic blockade against Venezuela, can we say that the international law is disappearing and that of force is imposed?
-It is not disappearing, it is being ignored, which is another way of disappearing it, of course. In fact, the mere fact that there are these practices which distort rights and the law to commit, paradoxically, injustices in the name of the law (something typical of lawfare applied to Lula), we realize that legislation, under this system, responds to the defense of the economic, political and social order of those who are high on the social pyramid. The US has given historical examples of how to jump the international order designed by themselves, when they considered that it was not functional for their interests. They invaded Iraq, passing over the UN Security Council, for example. The Helms-Burton Act is another example of a manual of disrespect for International Law, or the blockade of Cuba and now of Venezuela.