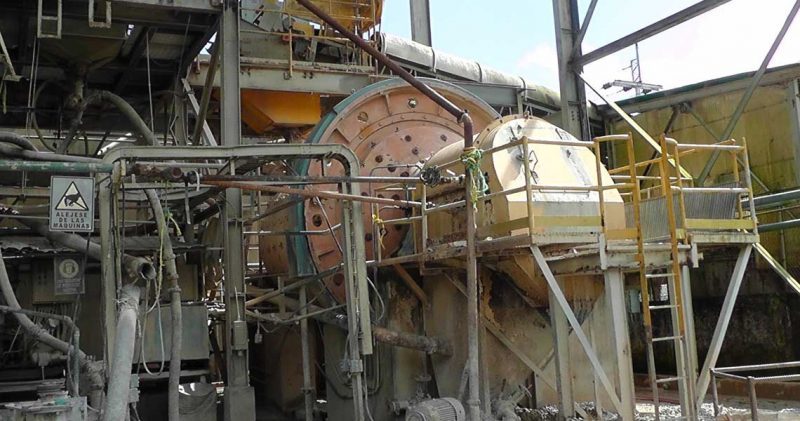 Trump warned that the “toughest sanctions” have yet to be imposed.

20/Mar/2019.- The US Treasury Department sanctioned the Venezuela General Mining Company, known as Minerven, and its president, Adrian Perdomo, on Tuesday.

The move blocks all eventual assets in the US in which Minerven and Perdomo hold more than 50 percent of shares, and also blocks all US persons and companies from dealing with them.

“Treasury is targeting gold processor Minerven and its president for propping up the inner circle of the corrupt Maduro regime,” Secretary of the Treasury Steve Mnuchin said in a statement.

Minerven operates in the eastern state of Bolivar and is part of the state-owned basic industry conglomerate Venezuelan Corporation of Guayana (CVG). It owns several gold-processing plants and produces gold bars from both state-run and small scale independent mining operations.

Venezuela sits on the world’s second largest certified gold reserves and has sought to increase mining operations in the so-called Orinoco Mining Arc in the east of the country. However, these mega-mining projects have also drawn criticism for their social and environmental impact on the biodiversity-rich region.

Reuters had reported on March 14 that Uganda was investigating its largest gold refinery for allegedly importing US $300 million worth of gold from Venezuela. The African Gold Refinery confirmed that the gold had originated in South America but denied any wrongdoing.

Sanctions from the US, Canada and Europe have seen Venezuela look for alternative partners for gold refining operations, with Turkey chief among them. Financial sanctions, which have hampered all transactions and blocked Venezuelan accounts abroad, have also seen Caracas increasingly turn to gold as a source of hard currency to fund imports. These operations have also been targeted by Western governments, with the Bank of England refusing to repatriate an estimated $1.2 billion of Venezuelan gold.

The US Treasury Department has also targeted Venezuela’s oil sector, the main source of export revenue, with a de facto oil embargo imposed January 28 that will cost the country an estimated $11 billion in export revenue in 2019. UN human rights expert Idriss Jazairy said in late January that “economic sanctions are effectively compounding the grave [economic] crisis,” adding his concern that the unilateral measures “are aimed at changing the government of Venezuela.”

US President Donald Trump reiterated on Tuesday that “all options are on the table” regarding Venezuela, including a military intervention, warning that the “toughest sanctions” have yet to be imposed. US officials have floated the possibility of imposing “secondary sanctions” on non-US entities that trade with Venezuela, mirroring the sanctions regime imposed on Iran.

Trump’s statements came during a visit by Brazilian right-wing President Jair Bolsonaro to the White House. Trump announced he would appoint Brazil as a non-NATO strategic ally, opening the door to military agreements and joint operations. For his part, Bolsonaro expressed his admiration for Trump and endorsed the plan to build a wall on the US-Mexico border. Venezuela was also a recurring theme during the former army captain’s US tour.

“We need to solve the Venezuela issue,” Bolsonaro said in a speech at the US Chamber of Commerce, “We are counting on US support to achieve that. There is a lot we can do together,” he went on to say.

Venezuelan authorities reacted on Tuesday evening, with Foreign Minister Jorge Arreaza issuing a statement rejecting the “dangerous declarations” by Trump and Bolsonaro and denouncing threats to peace in the region.

Bolsonaro’s visit coincided with an announcement by US State Department spokesman Roberto Palladino that two military attache buildings in Washington DC and the consulate in New York City were taken over by representatives of self-proclaimed “Interim President” Juan Guaido, and that the Trump administration was “pleased to support these requests.”

In response, the Venezuelan government denounced the “forceful and illegal” occupation of its diplomatic offices in US territory. The Foreign Ministry said in a statement that it reserved the right to take “corresponding reciprocal actions” on Venezuelan territory.

US solidarity movements mobilized in reaction to the break-ins, with a picket outside the Manhattan consulate stopping a celebratory gala from taking place, and Code Pink activists sleeping in the Washington DC embassy to prevent it from being occupied.

The takeovers come just days after opposition leader Juan Guaido announced over the weekend that efforts to oust the Maduro government were entering a “new phase” with a nationwide tour.

“Very soon, when we have visited and organized every inch [of Venezuela] we will go to Miraflores [Presidential Palace] and reclaim what belongs to the Venezuelan people,” he told a crowd of supporters in the city of Valencia on Saturday, dubbing the tour “Operation Freedom.”

Guaido also urged his supporters to “talk nicely” to public officials and members of the armed forces in order to persuade them. He had announced a “phased strike” in the public sector last week but no more information has yet been made public.

The opposition-controlled National Assembly, which has been in contempt of court since 2016, approved on Tuesday an “amnesty” bill that would allow military officers to keep their posts and ranks should they choose to back Guaido’s efforts in ousting the Venezuelan government. US officials reacted on social media, urging the military to take Guaido’s offer of amnesty, with Florida Senator Marco Rubio tweeting that “it only gets worse from here” and National Security Advisor John Bolton saying that “U.S. sanctions can be removed if you do the right thing.”

For its part, the Maduro administration has indicated that a cabinet reshuffle is imminent with Vice President Delcy Rodriguez tweeting that President Maduro had asked all high ranking officials to make their posts available for a “deep restructuring.”

No further details are known at the time of writing, with some popular movements seizing the opportunity to demand a radical reorientation of government policies, using the hashtag “New Faces and Radicalization” on social media (#CarasNuevasYRadicalización).