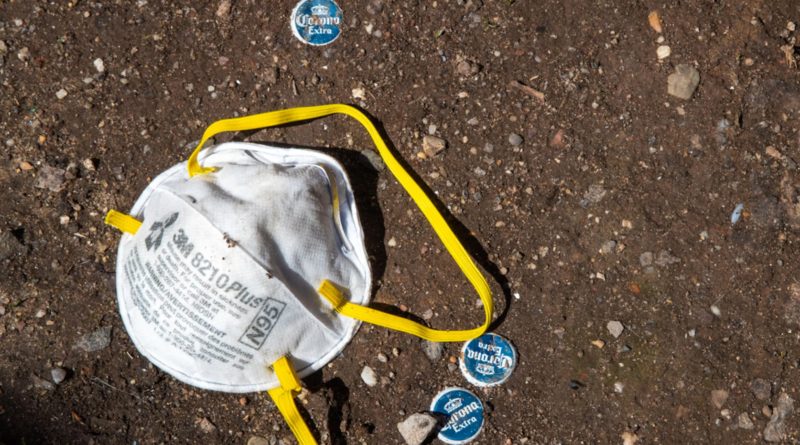 Governments have resorted to seizing, diverting, outbidding and outright stealing equipment from each other in a desperate bid to stem the tide of the coronavirus epidemic.

There were dramatic scenes at an airport in Shanghai, China, as U.S. agents hijacked a plane full of lifesaving equipment, including 60 million masks, bound for coronavirus-stricken France. While the plane was on the tarmac, American agents managed to bribe locals into diverting the plane to the United States, plying them with cash.

The story was revealed by the president of the Provence-Alpes-Côte d’Azur (PACA) region, Renaud Muselier, who noted that he had already paid in full for the cargo. “The Americans pay double – in cash – before they even see the goods!” he told French newspaper Libération, worrying now that his country is engaged in “a race against the clock” to secure and distribute masks amid the pandemic. PACA is situated in the southeast of France, bordering Italy. The first case in PACA was confirmed on February 28 in the famous seaside resort town of Cannes; a young woman traveling back from Milan – an epicenter of the virus – was infected. Muselier’s story was backed up by Jean Rottner, president of the Grand Est region. “On the tarmac, they arrive, get the cash out… so we really have to fight,” he said.

This appears not to be an isolated incident. Canadian Prime Minister Justin Trudeau revealed that he had received similar reports of goods being seized and taken to the United States. “We need to make sure that equipment that is destined for Canada gets to and stays in Canada, and I’ve asked ministers to follow up on these particular reports,” he said yesterday. Brazil, one of the U.S.’ most loyal allies, also broke with convention to criticize the Trump administration’s pandemic gangsterism. “Today the US sent 23 of their biggest cargo planes to China to pick up the material they had acquired. Many of our purchases, which we had hoped to confirm in order to supply [our country], fell through,” said the country’s health minister, Luiz Herique Mandetta. “The whole world wants [supplies] too. There is a problem of hyper-demand.”

France has been hit hard by the coronavirus; 59,929 people have officially tested positive, but 5,398 have died already, the nine percent death rate suggesting that the country has not tested enough of its citizens. Both local and national governments have been criticized for their slow response to the pandemic, failing to shut down public events like markets. The famous Paris-Nice bicycle race, which finishes in PACA, was one of the last professional sporting events still running in Europe. Today the French service sector officially plunged into the deepest recession in its history. With tourism and transport halted, the government is using the high-speed TGV train service to ferry patients around the country at up to 357 mph to hospitals with free beds.

If the initial French response lacked zeal, the U.S. was even slower. President Trump spent weeks claiming the virus was a liberal “hoax” intended to dent his credibility, then downplaying the seriousness of the problem, before changing tack and blaming China for the thousands of dead. This week he declared that if 200,000 Americans die, that would be a great victory for his administration. Over 6,000 have already died, with the tally of confirmed cases almost certain to rise above a quarter-million today. The Trump administration has used the virus to impose further sanctions on Iran and Venezuela, in an attempt to overthrow their governments. It also tried to compel a German pharmaceutical corporation to move production to the U.S., in order to make sure that America alone had access to and control of any coronavirus vaccine it might produce. He reportedly wished to ensure that it would only be available on a for-profit basis. “Germany is not for sale,” the country’s furious economy minister replied. The U.S. also managed to fly out half a million test kits on a military plane from Lombardy, Italy, the epicenter of the Italian outbreak.

Other countries, too, have made highly questionable decisions. Czech authorities seized Chinese medical supplies bound for Italy when a plane refueled there, the country keeping the equipment for itself. Meanwhile, Turkey has not only banned the export of protective gear but is also reportedly reneging on shipments that other countries have already paid for.

The worldwide COVID-19 pandemic appears to be bringing out both the best and worst in human nature. With these latest U.S. moves, seizing and diverting lifesaving equipment from other countries, it seems there has also been a serious outbreak in gangster capitalism.