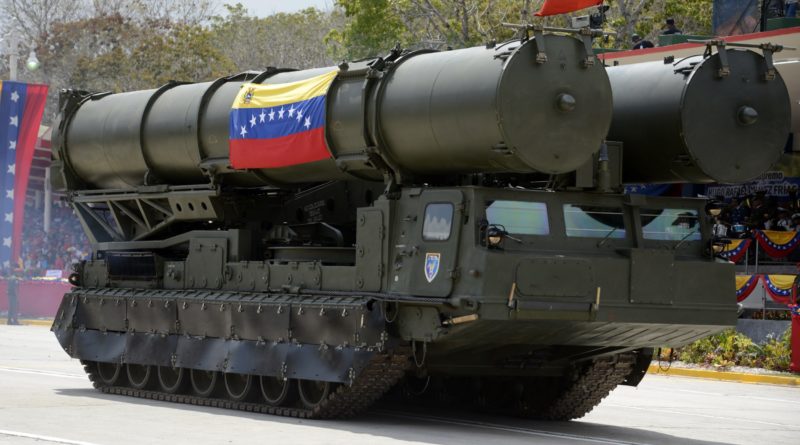 Caracas, April 3 (Orinoco Tribune).- Venezuelan President, Nicolás Maduro, reported today 7 new confirmed Covid-19 cases in the country, bringing the total number to 153. Likewise, he announced two new deaths, bringing the total number of deaths to seven. Of the seven new cases, one is in Miranda state, two in La Guaira state, one in Barinas, one in Aragua and two in Trujillo.

Maduro called on local opposition leadership to cease fire in the outbreak of #COVIDー19, while warning that groups financed from the US and Colombia keep plotting to murder him. He has authorized a new military drill with the deployment of artillery pieces across the country.

President Maduro says in the coming hours the FANB will be moving artillery in preparation to fight for peace as coup groups plan terror attacks on Venezuela, particularly on President Maduro. He calls for a ceasefire amid the COVID-19 outbreak. #EscudoBolivariano pic.twitter.com/WA4fT1kOMS

“As Commander in Chief I’m in the front line of all preparedness to guarantee peace in Venezuela and to be prepare for any fight that might be needed…I have the obligation to inform national and international public opinion and to be prepared (to defend Venezuela). In the coming hours I have ordered -in the framework of the permanent military drill Bolivarian Shield- the deployment of artillery equipment to be prepared to fight for peace.

This statement is made a day after the US regime announced an unprecedented Navy deployment in the Caribbean with an alleged concern for drug trafficking when most analysts know it’s a clear military threat against Venezuelan and its authorities and the possible first step of a naval blockade.

In his speech, President Maduro also reiterated his willingness to lend Conviasa planes so that those Venezuelans in the United States who want to return to the country are allowed to do so. He urges the United States to issue the humanitarian license for the return of the stranded Venezuelans.

According to President Maduro, it is very likely that the boys and girls of the country will have to finish their school year from home, due to the pandemic of #Covid_19 . In this sense, he stressed that social quarantine implemented in Venezuela is conscious, voluntary and now radical.

“It is not through a curfew or a State of Siege, or repression. It is made invoking the conscience of the Venezuelan family, of the youth; appealing to the will and the response of the people of Venezuela in these 19 days has truly been extraordinary,” he emphasized.

During a meeting with the Presidential Commission for the Prevention of Covid-19, the Venezuelan president pointed out that of the 153 cases, Venezuela increases its “recovered” number to 52 people.

Similarly, the Venezuelan head of state detailed 31 cases are in home isolation, 30 are being held in Comprehensive Diagnostic Centers (CDI), 20 in hospitals and 13 are receiving care in private hospitals.

He asserted that, until now, “Venezuela’s curve remains flat”, however, he called for reinforcing the quarantine in these weeks of April.