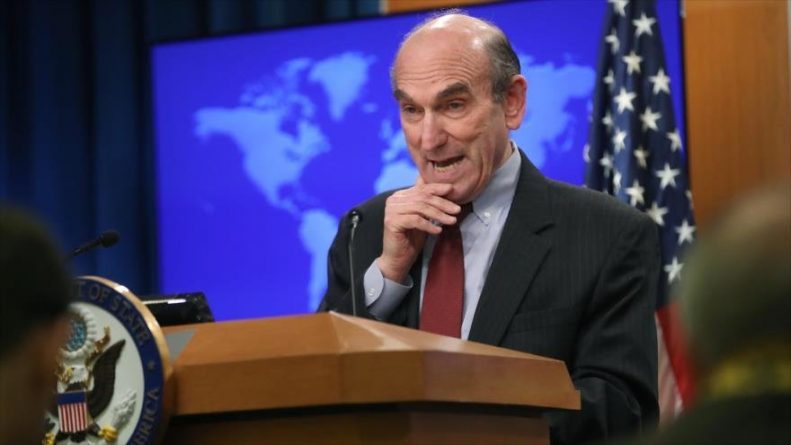 The special envoy of the United States for Venezuela announced that it is pressing India to stop buying oil from the Bolivarian Republic.

“What we tell them (the Indian authorities) is that they should not be helping that regime, they should be on the side of the Venezuelan people,” he told the British news agency Reuters , Elliott Abrams, appointed at the end of January  by the North American Secretary of State, Michael Pompeo, to overthrow the government in Caracas.

The method used to exert these pressures on the authorities of New Delhi against the government in Caracas consists of “arguing, seducing (and) urging,” says the same envoy, who this week has threatened to impose secondary sanctions on individuals and companies not American linked to Venezuela.

Last Wednesday, US National Security presidential adviser John Bolton threatened to impose sanctions on financial institutions that do business with Venezuela. “If that leads people to cooperate voluntarily, we’re happy,” Abrams said. Next week there are planned Indian-American bilateral meetings in Washington.

The Indian market is vital for Caracas, given that New Delhi – the third largest buyer in the world – has historically been, according to Reuters , “the second client in cash payments” of Venezuelan crude, after the US – that currently seizes such payments, which it puts at the disposal of the coup opponent Juan Guaidó. Sales to China are aimed at the payment of loans contracted by Venezuela.

Washington’s anti-Venezuelan pressures add to the demand that New Delhi also stop its oil imports from Iran – usually one of its main suppliers – as if that were not enough in a context of trade tensions, since the US threatens to impose new tariffs on Indian exports worth 5600 million dollars.

However, Moises Rendon, from the Center for Strategic and International Studies (CSIS) of Washington DC (US capital), estimates that “the United States has enough influence to get India to withdraw from his relationship with Venezuela.” Last January, Venezuelan crude accounted for only 4.2% of Indian imports.

Recently there have been tensions between India and the United States over US attempts to impose limits on international relations in New Delhi, which in January issued a statement rejecting US indications about its policy in Afghanistan. In October, US President Donald Trump refused to visit India because of New Delhi’s attachment to its ties with Iran and Russia.