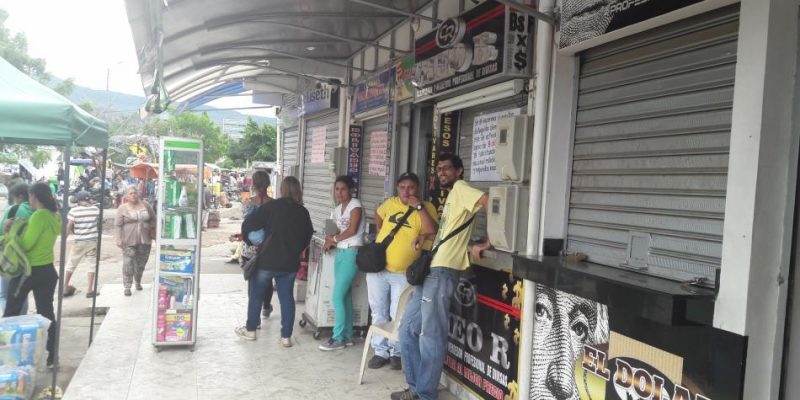 Commercial sales in the Colombian city of Cúcuta have fallen precipitously since the land closure decreed almost two weeks ago between the border of Venezuela and Colombia. A situation that has led some analysts to predict a “social outbreak”.

Colombia has received a new shipment of US aid for Venezuela and has announced that there are already more than 400 tons accumulated in its territory. All this cargo is stored in Cúcuta and, precisely, this activity is what has driven Caracas to close the land crossing between both nations.

From Venezuela, the authorities describe this “presumed desire to help the country” as interference, and recall that the initiative does not include contacting the legitimate Government of Nicolás Maduro, but rather, it is about backing the self-proclaimed “president” Juan Guaidó.

In a report made by TV Cúcuta, we can see how the streets of this Colombian city are emptier than usual, and the crowded rows of Venezuelans are no longer collecting the remittances they received from abroad. There are many who have not been able to return to the city and, consequently, Colombian traders have recorded an inevitable fall in their sales, between 35% to 40%.

The impact of the closure of the border has been “total uncertainty,” says Marisa, a Colombian who works in a shoe store in Cúcuta. “Sales have dropped by 100%. We hope that all the relations with Venezuela will be fixed, ” she adds.

Other sectors that in this city have been hit in the absence of Venezuelan citizens have been pharmaceuticals and comestibles.

This situation is “very delicate (…) sales have dropped an average of 80%,” says Jerson, a pharmacist, while explaining that what most Venezuelans bought was acetaminophen and antibiotics. Thus, the merchants are anxious to recover the normality they had until very recently.

RELATED CONTENT: Cúcuta in Humanitarian Crisis After the Border Crossing

The political analyst Jayme Caycedo warns that “a social emergency is being generated between brotherly peoples”, and warns that “this situation in Cúcuta is due to the fact that [Colombia and the US] use the city for purposes unrelated to social problems” .

“The use of Cúcuta as a platform for other purposes in relation to Venezuela is creating a serious economic situation of supply,” says Caycedo.

The expert recalls that “Cúcuta and [la venezolona] San Antonio del Táchira are two cities that are practically stuck to each other”, so “it has become a real tragedy” for family relationships and children from both cities that “every day they go to study in one of the two countries”.

“We are facing a critical emergency from the point of view of a social trauma and the seriousness of this situation, denounced by the mayor himself and by the authorities of this department before the national government, may be indicating that we are approaching a social explosion in Cúcuta We have the symptoms, “concludes the analyst.