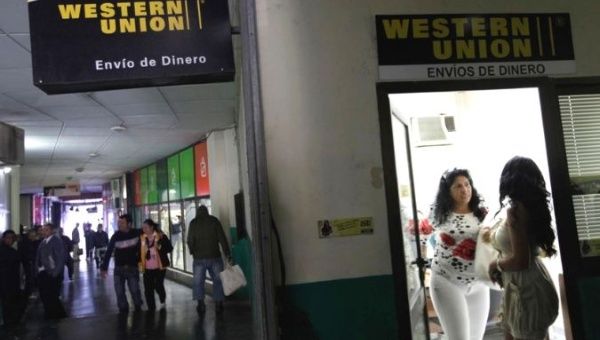 Treasury Secretary Steven Mnuchin said in a statement that the measures are meant to “deny Cuba access to hard currency” in order to “financially isolate” the island.

The United States Treasury Department’s Office of Foreign Assets Control amended the Cuban Assets Control Regulations Friday to cap the amount of money family members can send to Cuba, ban donations and money transfers to or from the island through U.S. banks.

The new economic sanctions, which go into effect on Oct. 9, will restrict the remittances to US$ 1,000 per quarter, no longer allow transfers of money to non family members and instate a ban on remittance donations.

Treasury Secretary Steven Mnuchin said in a statement that the measures are meant to “deny Cuba access to hard currency” in order to “financially isolate” the island.

The sanctions will ban ‘U-turn’ transactions to or from Cuba with other banks through institutions under its jurisdiction, that is, if a European bank wants to transfer or receive money from Cuba through its branch in the U.S. it won’t be able to do it, under the fear of retaliation.

In addition, the sending of remittances to government officials and Communist Party members is still banned, a decision that has now been extended to all of their “close relatives.”

“New U.S. sanctions against Cuba. Lies, slander, and hypocrisy as a pretext of the U.S. government to tighten the blockade. Because of their failure in Venezuela, they attack with vindication against Cuba. We will resist and win,” Cuba’s President Miguel Diaz-Canel tweeted on Friday.

The U.S. government said it was adding a provision authorizing remittances to certain individuals and independent non-governmental organizations in Cuba. These are U.S.-backed fronts that receive funds to destabilize the government through State Department shell-organizations such as the National Endowment for Democracy.

The unilateral economic sanctions are part of the implementation of U.S. President Donald Trump’s June 2017 National Security Presidential Memorandum Strengthening the Policy of the U.S. Towards Cuba, in bid to punish the island’s government for their support for Venezuela.

“We reject the new aggression of Donald Trump against the Cuban people. Using threat and extortion, the dominant U.S. elite intends to break the bonds of friendship and complementarity between two peoples who walk together with the path of social justice and peace,” Venezuela’s Foreign Affairs Minister Jorge Arreaza condemned the actions on Saturday.

These developments mark an ongoing effort to implement Trump’s anti-Cuba policy. Previously, on June 5, 2019, OFAC further restricted non-family travel to Cuba by removing an authorization for group people-to-people educational travel, adding to the recent prohibition of cruise ships to Cuba, the strengthening of measures that limit U.S. citizens’ travel to the island, and the activation of Title IV of the Helms-Burton act.

Despite the recent tightening of the U.S. economic blockade, Cuba’s economy is showing resilience and will not enter recession, instead will enjoy small growth over the coming year, according to forecasts published by the United Nations Economic Commission for Latin America and the Caribbean.