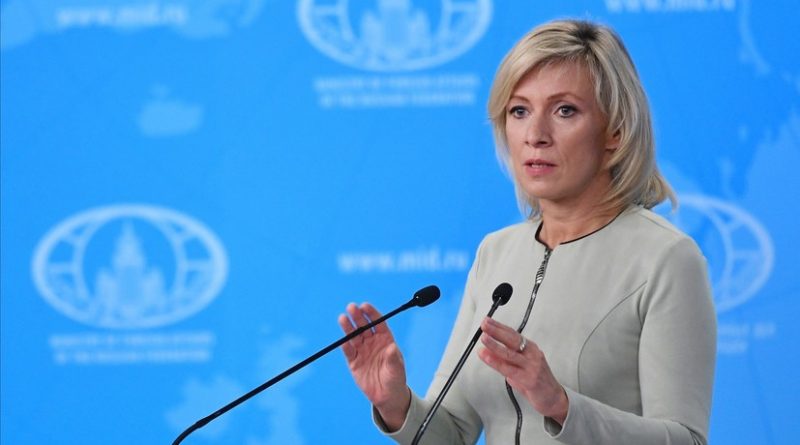 The Russian diplomat recalled that many of Guaido’s ministers had long been on the payroll of organizations sponsored by US NGOs.

The decision by Venezuelan opposition leader Juan Guaido to form his own government is another ploy to legitimize dual power in the country and create a pseudo-legal reality, Russian Foreign Ministry Spokeswoman Maria Zakharova said on Wednesday.

“On August 29, National Assembly Chairman [Juan] Guaido announced the formation of his own government, that’s what he called it. We see this decision as another dangerous endeavor to legitimize dual power and create a pseudo-legal reality that leads to the further polarization of Venezuelan society, and delays the search for a compromise solution, which Venezuela needs so much in order to improve the humanitarian situation and return to the path of sustainable development. There is no doubt as to who orchestrated Guaido’s statement,” she specified.

“The United States, which has come to grips that its scheme to use force to topple Venezuela’s legitimate government had failed, is evidently trying to cobble together a new strategy ‘to restore’ democracy in that country. Now, this slogan is currently being peddled to justify the formation of a parallel government, in violation of all rules of a law-governed state,” the diplomat noted.

According to Zakharova, that was predictable, given the fact that many of Guaido’s so-called ministers had long been on the payroll of organizations sponsored by US NGOs.

“That confirms once again that the White House is not ready to let Venezuelans agree on a political solution to their internal divisions in strict compliance with their Constitution. Together with like-minded countries, we will continue to speak out against attempts to impose external governance on a sovereign nation and call for strictly adhering to the norms and principles of international law on all issues related to the intra-Venezuelan settlement,” Zakharova stressed.