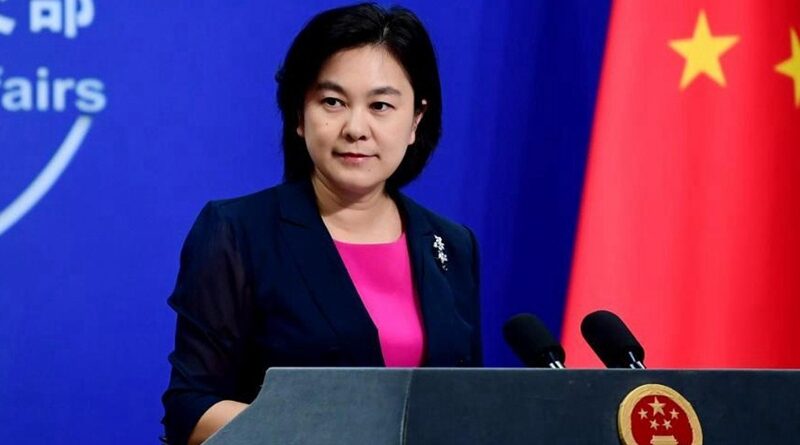 “US President [Joe] Biden said the US’ mission in Afghanistan was never supposed to have been nation-building, and it’s true,” Chinese Foreign Ministry spokesperson Hua Chunying said on Tuesday, slamming the US for leaving turbulence and chaos wherever it goes. “The role of US lies in destruction, not construction.”

Hua’s remarks were made in response to Biden’s speech on Monday, who said that despite the “hard and messy” US retreat amid the lightning conquest of Taliban that has come much faster than the US had expected, he stood “squarely behind” his decision to withdraw US troops from Afghanistan.

Amid chaotic scenes at Hamid Karzai International Airport in Kabul, people mobbed aircraft and desperately tried to cling onto a US military aircraft as it took off. Video showed what appeared to be a person falling as the plane climbed. The scenes shocked people from across the world. “It is sorrowful to see the devastating mess at Kabul airport in the past few days seeming so familiar,” Hua said on Tuesday’s routine press briefing.

“The US started the war in Afghanistan in the name of fighting terrorism. But has it won? In the past 20 years, the number of terror groups in the country has increased from single digits to more than 20, with more than 100,000 Afghan people killed or wounded and more than 10 million people displaced. Has the US brought peace to the region?” Hua asked.

RELATED CONTENT: The US and Afghanistan: Exit the Paper Tiger

China hopes that the US can seriously reflect on its use of force and military interventions and stop wantonly interfering in the internal affairs of other countries under the guise of democracy and human rights, and undermining the peace and stability of others, Hua said.

China has always played a constructive role in promoting a political solution to the Afghan issue and maintained contacts and communications with the Afghan Taliban and other sides on the basis of full respect for the country’s sovereignty and the wishes of various factions in Afghanistan, Hua said.

Hua noted that China encourages the Afghan Taliban to follow a moderate religious policy, work on the building of an inclusive political structure and pursue a peaceful and friendly foreign policy, especially with neighboring countries.

We hope the Afghan Taliban will make a clean break with all terrorist organizations including the East Turkestan Islamic Movement (ETIM) to prevent Afghanistan from becoming a gathering place for terrorist and extremist forces again, Hua added.

Responding to the pullout of embassy personnel and foreign nationals amid the upheaval, Hua urged relevant departments to take sound actions to ensure the stability in Afghanistan to protect the safety and legitimate rights of its people and foreign nationals and provide necessary convenience for the evacuations to avoid casualties.

Chinese State Councilor and Foreign Minister Wang Yi talked with US Secretary of State Antony Blinken via phone call on Monday. The phone call was conducted at the request of the US side.

The hasty US withdrawal from Afghanistan has caused a severely adverse impact on the situation in Afghanistan and it would not be responsible if it continues to create new problems, Wang said, adding that China is willing to coordinate with the US on the premise of mutual respect.

Wang elaborated on China’s position on the situation in Afghanistan, saying that facts have once again proved that it is difficult to gain a foothold in a country with a completely different history, culture and national conditions by mechanically copying foreign models.