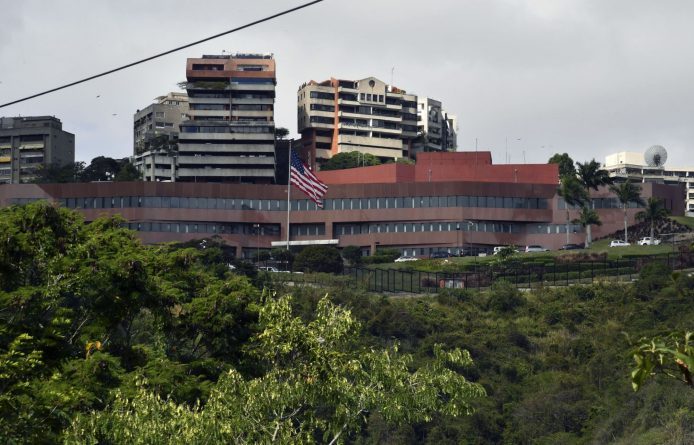 The US State Department has ordered non-emergency employees in Venezuela to leave the country and urged US citizens there to “strongly consider” doing so, the US Embassy in Caracas has told Reuters.

On Wednesday, following US recognition of the virtually unknown Juan Guaido as Interim President of Venezuela, Venezuelan President Nicolas Maduro gave all US diplomatic personnel 72 hours to leave the country. The following day, US Secretary of State Mike Pompeo said before the Organization of American States that as the US no longer recognized Maduro as the legitimate leader of Venezuela, US diplomats weren’t obliged to obey his dictates. And thee they before, just a few hours after President Maduro’s decision the Department of State issued a communique in the same fashion.

The move followed days of violent “foci” protests and precipitated further acts of violence, including the torching of a regional party headquarters of Maduro’s United Socialist Party of Venezuela (PSUV) in the city of Maturin. At least two people died in Wednesday’s violence, to which police and national guardsmen responded with tear gas and buckshot. Amid the opposition protests, pro-Maduro demonstrations were also held, which observers told Sputnik were at least equal in size to those of the opposition.

It is important to highlight that the recent violence is localized and targeted to low income neighbors, is not spread and resembles the one from 2017 “Guarimbas” but more aggressive. Local witnesses have said that most of this criminals seams to be paid paramilitary or criminal groups that are armed and are very dangerous.