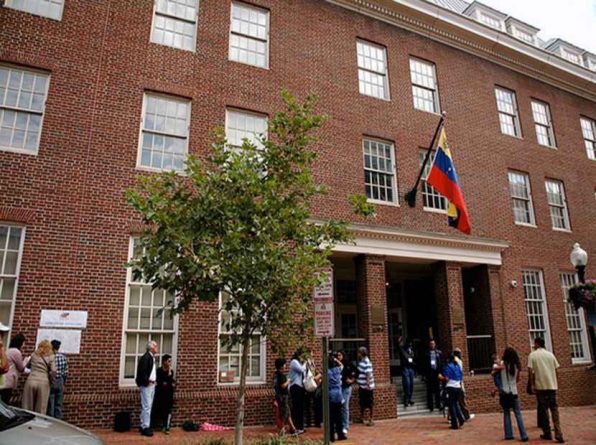 “They want to break the republic, the nation, they want to declare an unconstitutional president.”

Venezuelan President Nicolas Maduro ordered Thursday the closing of the embassy and all consulates of his country in the United States, a day after breaking diplomatic relations with Donald Trump government.

“This Saturday all our diplomatic and consular personal should be back home and we are preparing a proper reception ceremony,” said the President.

When referring to the expulsion of all US diplomats from Venezuela he said that they have until this Sunday to leave the country and that he expects the US Department of State to start acting with rationality around this issue.

The crisis between the two governments escalated this week when the White House backed the swearing in of opposition lawmaker Juan Guaido as “interim president” against the constitution and international law.

“They want to break the republic, the nation, they want to declare an unconstitutional president … Their imperial lord Mike Pompeo organized this, it was him who gave the order,” Maduro said speaking of the attempted parliamentary coup against his elected progressive government.

In a speech at the headquarters of the highest court of that nation, Maduro was in favor of the call for dialogue made to the country as a whole by the governments of Uruguay and Mexico. “I can face the worst difficulties because I know I have the strength of the people.”