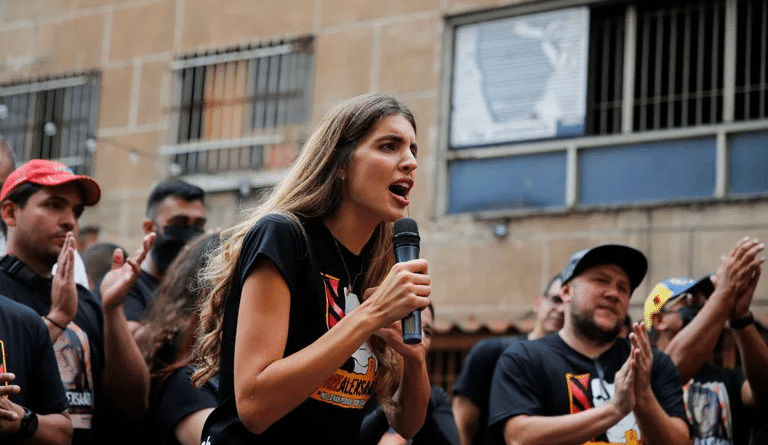 Venezuelan diplomat Alex Saab’s case took a dramatic turn as his legal defense team denounced the US government’s flagrant failure to respect long-standing diplomatic immunity conventions. Saab’s lawyer, David Rivkin, called the US government’s arguments before the 11th Circuit Court in Miami “utterly dangerous.” “The implication,” he added is that “because you are a disfavored regime, because you’re Venezuela under Maduro…we’re going to treat you as somehow you lost the Westphalian entitlement to sovereignty.” And with that, Rivkin pretty much summed up the US imperial view of the world.

At issue at the April 6 hearing was Saab’s claim to diplomatic immunity under the Vienna Convention on Diplomat Relations. This international law, to which the US is a signatory, affords accredited diplomats absolute protection from arrest and prosecution even in time of war. Referring to the war in Ukraine, Saab’s attorney reminded the court that the principle at stake is “vital to the effective functioning of diplomacy for all states…[which] is all the more imperative these days.”

Charges against Alex Saab
Alex Saab, who was appointed as a special envoy by Venezuela in 2018, was initially detained on orders of the US on June 12, 2020. He was enroute from Caracas to Tehran when his plane made a fueling stop in Cabo Verde. Saab had in his possession his diplomatic passport and other documents (see them online) commensurate with his diplomatic mission.

Saab had been on a mission to procure humanitarian supplies of basic food, fuel, and medicine for Venezuela from Iran in legal international trade but in circumvention of the illegal US sanctions and blockade of Venezuela. The US had identified Saab as a key player in the resistance to the US’s economic war against Venezuela.

After being held in tortuous conditions in Cabo Verde for nearly 500 days, the US kidnapped Saab a second time and has imprisoned him in Miami since October 16, 2021. Washington did not have an extradition treaty with Cabo Verde and did not inform Saab’s lawyers or family before flying him to the US.

The US government dropped its initial seven counts of money laundering and retained only one count of “conspiracy” to money launder, to which Saab pleaded not guilty in US District Court last November. That charge carries a maximum penalty of 20 years imprisonment. In this instance of extraterritorial judicial overreach by Washington, the defense has noted that Saab is neither a US citizen nor was the alleged crime committed in the US.

Functional denial of immunity
A half a year from now, Saab is scheduled to go on trial in the 8th District Court on the single conspiracy charge. His appearance this April 6 at the 11th Circuit Court was on appeal on the grounds that, like any other diplomat, he is protected by the Vienna Convention, which affords him absolute immunity from prosecution.

The US government attorney on April 6 maintained in court that Saab’s “claim of special envoy status is simply a ruse made up by a rogue nation to allow a defendant to escape criminal charges in the US.” On this basis, US prosecutor Jeremy Sanders argued that Saab should just wait however many more years behind bars it takes until after the conspiracy charge is adjudicated in the lower court. Then, if found guilty, he could try to contest his denial of diplomatic immunity.

Even Circuit Court Judge Jordan challenged the US government attorney, using the hypothetical example of a state court criminally charging a US president. The judge quipped that rather than wait for the lower count trial to proceed, “you’d be up at the appellate court in a heartbeat, arguing that that issue had to be resolved immediately. Right?”

Judge Luck, also on the three-judge panel, added that “the failure to rule on it [diplomatic immunity] is itself a decision to bring someone in, to haul someone into court when they are not otherwise required or entitled to be in court;” that is, a “functional denial of immunity” in Judge Jordan’s words.

The court “will take the matter under advisement,” which is legalese to say they will mull it over as Saab continues to languish in prison.

International support for Alex Saab
Meanwhile, outside the courthouse, William Camacaro, head of the US #FreeAlexSaab Campaign, along with its honorary chair, Puerto Rican liberation hero, Oscar López Rivera, led a demonstration in support of Saab. Similar support rallies were held elsewhere in North America and internationally.

The Venezuelan National Assembly unanimously passed a resolution condemning what its president, Jorge Rodríguez, called an “act of immeasurable hypocrisy” by the US.

The National Lawyers Guild called for Saab’s immediate release, commenting that the case reflects on “the extent to which the US government will go in order to enforce its unilateral coercive measures and economic sanctions against Venezuela, Iran and other targeted nations.”

This is a politically motivated case, not a legal one, and is “really about the international order and viability of diplomacy,” according to counsel Femi Falana. Falana was Saab’s lead attorney before the regional Economic Community of West African States (ECOWAS) Court of Justice, which twice ordered Saab to be liberated when he was held in Cabo Verde.

Venezuela’s successful resistance to US economic warfare
The Biden administration, which had continued Trump’s “maximum pressure” blockade of Venezuela, is showing signs of needing to make amends with its Latin American neighbor. An already inflationary US economy has been rendered yet more volatile with Washington’s sanctions on Moscow causing increased prices at the gas pump. This led to a visit that would have been unthinkable for Washington a few months earlier.

A high-level US delegation visited Caracas in early March to meet with Venezuelan President Nicolás Maduro, presumably to negotiate an oil trade deal. While there has been no official confirmation of such a deal, the visit implicitly recognized the legitimacy of the elected president of Venezuela, handing Maduro a major victory. Meanwhile, the hapless Juan Guaidó, recognized as the “interim president” of Venezuela only by the US and a few of its most sycophantic allies, may soon be history.

According to the UN, the US sanctions initially reduced Venezuelan government revenues by an extraordinary 99% and fueled astronomic hyperinflation. Venezuela’s successful resistance, aided by Saab and many others, has foiled the US attempt to foment regime change through imposition of what the UN calls “unilateral coercive measures,” a form of collective punishment and economic warfare. Rather, Venezuela’s once devastated economy is rejuvenating.

In the last month, Venezuela’s inflation slowed down to 1.4%, which is lower than before Obama first imposed sanctions in 2015. The national consumer price index has been below 10% for the last seven months. The investment bank Credit Suisse projects a remarkable 20% GDP growth in 2022 and 8% more in 2023 for Venezuela. According to political analyst Ben Norton, “the worst of this US-fueled economic crisis has passed.”

Alex Saab was instrumental in the economic turnaround. Venezuelan National Assembly President Rodríguez credited Saab with helping to “overcome the most brutal attack the country suffered,” which is precisely why the US has persecuted him. And the Venezuelan government has made clear that they will not abandon, in the words of President Maduro, their “kidnapped” diplomat.

Featured image: Camilla Fabri, the wife of Alex Saab during a street action in Caracas demanding the release of the Venezuelan diplomat. Photo: REUTERS/Leonardo Fernandez Viloria.