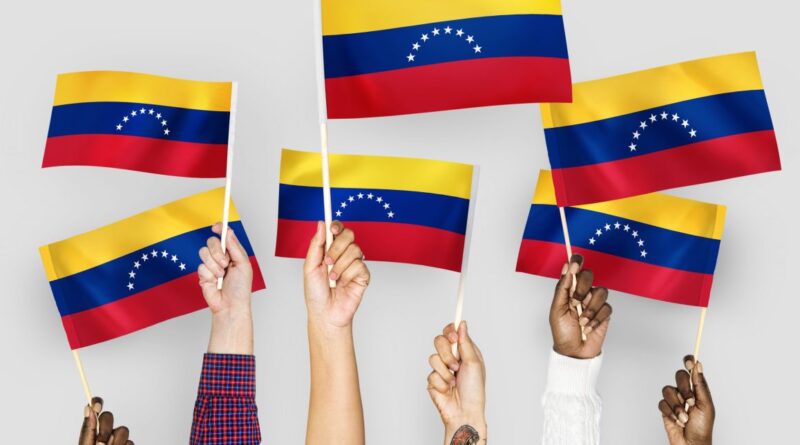 Venezuela is again the shining light of Democracy – pushing ahead with the 6 December 2020 National Assembly (NA) elections despite the endless challenges of covid, of sanctions, of embargos, of confiscation of foreign assets, and even of a totally illicit blockage of reserve currencies – Venezuela’s gold – naturally in the world’s protectorate of international financial fraud, The City of London.

This unique drive for democracy against all odds succeeds to a great degree thanks to President Maduro, who relentlessly resists not only the attempts against his life, but the lies and vilifications about Venezuela from most of the western world, led, of course, by the United States, followed closely by the European Union which, it seems, dominated by NATO, can’t break loose from being at Washington’s bidding.

It is sad to see European states – hands and minds still dripping of colonial blood, not being able to break the stranglehold of their genocidal past – and step onto a new plate, into a new history, fighting for justice and human rights. An example how far from this eye-opening conscientious awakening Europe is, was again demonstrated today by the EU Commission’s call to “sanction” Russia for the totally unproven Navalny poisoning, by stopping the almost completed Nord Stream 2 German-Russian gas pipeline project.

Never mind the absurdity that Germany and the EU are punishing themselves, not only because alternative badly needed gas supplies will be considerably more expensive – and god forbid – may be coming from US fracking sources. In other words, the EU would approve of an environmental disaster. Many of EU member countries are by their Constitution barred from using fracking gas or oil.

And again, the EU vassalhood – to call it what it is – refused President Maduro’s invitation to observe the December 6 elections. Mr. Maduro went out of his way to invite all the important opinion makers to come and observe the fairness of the elections, including the UN and the Europeans. The latter prefer not to see the correctness with their own eyes, but being able to criticize what they have not seen. There is no darker blindness than that emanating from not wanting to see.

And that, of course, only because the European leaders (sic) – all shoe-ins by an international deep state elite – will do whatever it takes to preserve as long as possible the unsustainable, unfettered, neoliberal no holds barred capitalism. The WEF (World Economic Forum) calls it best: The Great Reset – the upwards reorganization of assets. After the very elite-made global covid hoax has destroyed and continues to devastate most of what was the world economy, what gave work and food to billions of people – people are dwelling in the gutters with nothing left – no health care, no shelter, no food – no hope. The latter is the killer.

Venezuela is the antidote to this western usurping approach to civilization – what’s left of it. Venezuela pursues justice and fights for equality. By the way, Venezuela is in the honorable company of Cuba, Syria, Iran, Russia and China. The US, alias the west, cannot tolerate an example of ethics in its hegemonic orbit. Western allies – united under the boots of NATO – pretend freedom is their cause, while their own people suffer from unfathomable injustice every day – poverty and famine of children is skyrocketing in the Global North, the so-called developed or industrialized world – the bankers world, the world of those who indebt the Global South into dependence into the Global North’s neo-colonies.

Venezuela, on the contrary, aims at eradicating poverty, famine and misery and that despite her constant strangulation by Washington and its western allies, and even by some of what should be their Latin Brothers, the Lima Group, formed in August 2017 in Lima, Peru (12 members as of December 2019: Argentina, Bolivia, Brazil, Canada, Chile, Colombia, Costa Rica, Guatemala, Haiti, Honduras, Mexico, Panama, Paraguay, Peru, Guyana, Saint Lucia, Bolivia and Haiti).

Imagine how much pressure these Lima Group countries are under to accuse, boycott, denigrate and speak out in international fora against their fellow Latin Americans of Venezuela. Once upon a time there was a United Latin America – united under the leadership of Venezuela’s Simon Bolivar. With the onset of the British Empire’s transatlantic move of its power center to become the United States of America, the southern part of the Americas became what recent US Presidents called “our backyard” – ready to be usurped in any way possible, mostly in the form of military dictatorships and lately by Washington-induced coups against democratically elected heads of states.

However, the spirit of Simon Bolivar, El Libertador, lives on. Together with Nicolas Maduro’s tenacious will for freedom, for autonomy, for full sovereignty for Venezuelans, their use and destiny over natural resources, may prevail and influence upcoming elections in Bolivia (October 2020), Chile (October 2020 referendum on whether a new Constitution ought to be drafted, replacing the one dating back to Pinochet), Brazil (municipal election in November 2020) and Ecuador (general elections in February 2021).

Venezuela’s overarching strength by solidarity and endless fight for justice and Human Rights, brought the opposition to its knees. The right-wing Washington supported opposition, led by self-nominated “president” Juan Guaidó, boycotted past elections, so as not to show their weakness vis-à-vis the rest of the world. Now, perhaps the real head of opposition, Henrique Capriles, is changing tactics. Realizing that the only way to have any say in the political arena of Venezuela is by participating in it, he is calling for participation in the 6 December National Assembly elections.

President Maduro has always encouraged and invited participation of the opposition in elections and will welcome their presence for the December 2020 NA elections too. Because Democracy is at the heart of Chavismo, the very socialist thought being carried forward – steadily, without wavering, by President Maduro and his Government.

Viva! Venezuela’s Democracy – a shining light for the Americas and for the world.

Peter Koenig is an economist and geopolitical analyst. He is also a water resources and environmental specialist. He worked for over 30 years with the World Bank and the World Health Organization around the world in the fields of environment and water. He lectures at universities in the US, Europe and South America. He writes regularly for Global Research; ICH; RT; Sputnik; PressTV; The 21st Century; TeleSUR; The Vineyard of The Saker Blog; and other internet sites. He is the author of Implosion – An Economic Thriller about War, Environmental Destruction and Corporate Greed – fiction based on facts and on 30 years of World Bank experience around the globe. He is also a co-author of The World Order and Revolution! – Essays from the Resistance.

Peter Koenig is an economist and geopolitical analyst. He is also a water resources and environmental specialist. He worked for over 30 years with the World Bank and the World Health Organization around the world in the fields of environment and water. He lectures at universities in the US, Europe and South America. He writes regularly for Global Research; ICH; RT; Sputnik; PressTV; The 21st Century; TeleSUR; The Vineyard of The Saker Blog; and other internet sites. He is the author of Implosion – An Economic Thriller about War, Environmental Destruction and Corporate Greed – fiction based on facts and on 30 years of World Bank experience around the globe. He is also a co-author of The World Order and Revolution! – Essays from the Resistance.