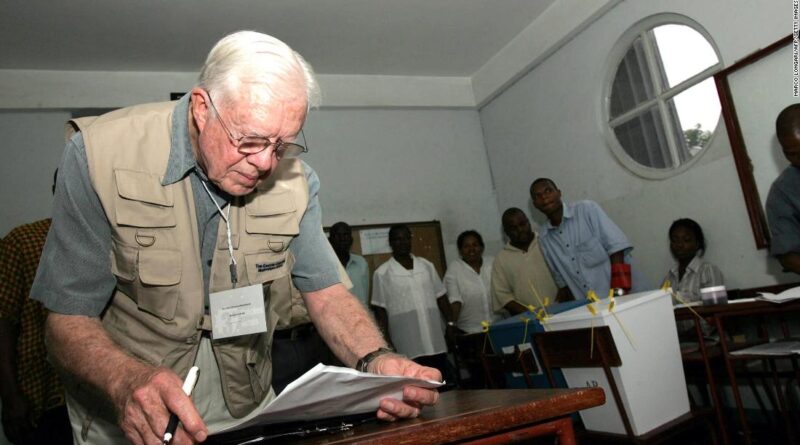 CARACAS (Sputnik) – The National Electoral Council (CNE) of Venezuela and the Carter Center of the United States signed a memorandum of understanding to guarantee the impartiality and objectivity of the election observation mission (EOM) that the Carter Center will deploy for the regional and municipal elections scheduled for November 21.

“The Mission of Electoral Experts of the Carter Center and its members will maintain strict conduct of impartiality, objectivity, independence, and non-interference in the electoral process, and respect for national sovereignty and self-determination during the performance of their mandate,” said the memorandum published by the CNE on its Twitter account.

The Carter Center is a non-profit organization founded in 1982 by former US President Jimmy Carter (1977-1981) and his wife Rosalynn.

According to the document, the members of the Carter Center’s EOM will be able to arrive in Caracas in advance of the elections to follow throughout its preparations and campaign, until the final announcement of the results.

Similarly, the CNE undertook to guarantee the electoral mission freedom of access to its facilities, to Venezuela’s electoral institutions, and to all information on the electoral process. The Carter Center EOM will deliver a report to the National Electoral Council in the days after the elections.

The memorandum was signed by the president of the CNE, Pedro Calzadilla, and the executive director of the Carter Center, Paige Alexander.

At the beginning of this month, three members of the Carter Center were in this South American country evaluating their participation as observers for the November 21 elections, following an invitation issued by the Venezuelan electoral authority.

In August 2015, the Carter Center reported on the closure of its offices and the cessation of its operations in Venezuela, which it had maintained since 2002.

Since 2006, the Carter Center has not participated as an international observer to Venezuelan elections, but recent concessions implemented by Venezuelan authorities to facilitate conditions for the participation of right-wing political parties, and a relaxation in the regulations applied to international observers, has encouraged the presence of an EOM from the European Union, and now from the Carter Center. In addition, a panel of experts from the United Nations will attend to the electoral process.

Featured image: President Carter checking his notes while observing a polling station in Maputo, Mozambique, in December 2004. Since 1989, the Carter Center has been observing elections worldwide. Photo courtesy of CNN.