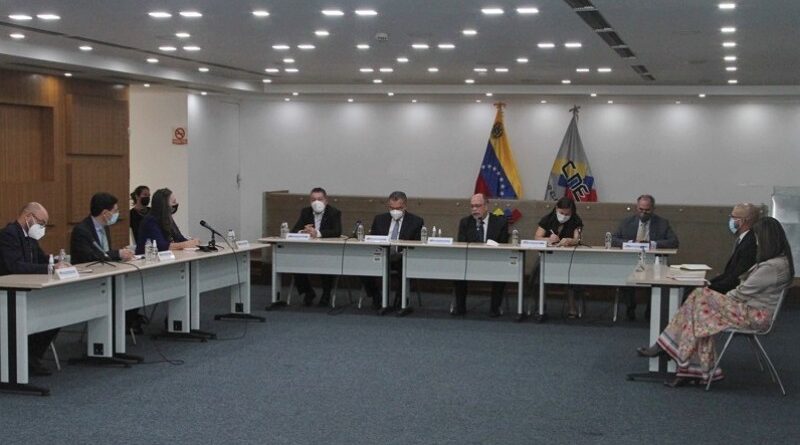 Venezuelan electoral authorities, through a resolution approved unanimously, decided to exceptionally admit and regulate the presence of foreign institutions and organizations qualifying as International Observers for the upcoming regional and municipal elections, scheduled for November 21.

The resolution confirms that the foreign institutions and organizations that accept the invitation by the CNE must adhere to the constitutional and legal principles that govern the Venezuelan legal system of elections, which are: respect for the sovereignty of the Bolivarian Republic of Venezuela; not to interfere in the affairs of the country, especially in the exercise of the duties of the public powers of the Venezuelan state; and to maintain a conduct that expresses objectivity, without benefiting or harming the actors or the development of the electoral process.

These laws related to International Observation are provided for in the General Regulations of the Organic Law of Electoral Processes (LOPRE). The CNE issues this resolution within its framework of regulations of electoral laws, and provides for the resolution of any doubts and gaps that they may raise, ratified by the General Regulation of the Organic Law of Electoral Processes, in which the reform “Title XIV: Of National and International Observation,” published in Electoral Gazette No. 963 and dated October 21, 2020, reiterates and update the terms under which, within the Venezuelan electoral process, the presence of personalities, institutions, and foreign organizations are permitted, allowing them with their expertise and technical proficiency to monitor the electoral process in all its phases, from a legal, political, and technical perspective.

To decide on the issue, the CNE took into consideration that the upcoming electoral event would take place at a time when a national dialogue among the country’s political sectors is underway in Mexico City. The Mexico Talks hold the objective of reaching solutions to political differences, and strengthening the stability, peace, and well-being of the Venezuelan people.

The delegation was led by Jennie Lincoln, senior advisor on peace initiatives in Latin America and the Caribbean. Lincoln was accompanied by Andrea Nelli Feroci, associate director of the Democracy program, and Salvador Romero, consultant.

Local media and analysts reported that a Carter Center election observation mission might also be in the making, to provide additional electoral warranties always demanded by right-wing politicians and their backers in Washington and Europe. This delegation would be joining the CEELA and the European Union missions that have already confirmed their participation for the upcoming 21N regional elections.