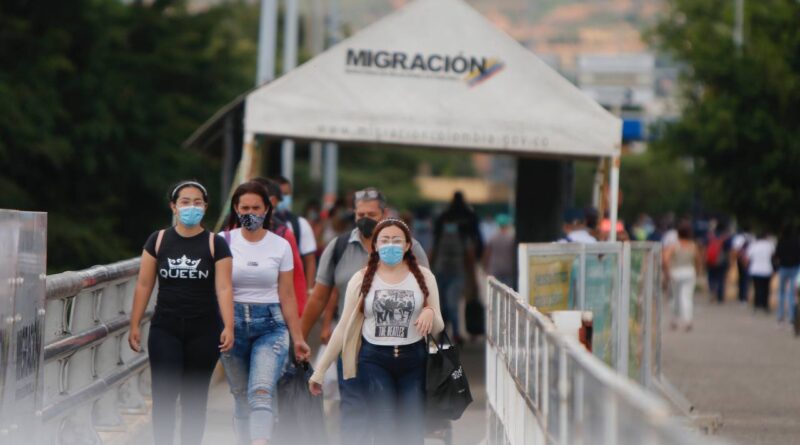 Freddy Bernal, deputy with Venezuela’s National Assembly, as well as a representative and spokesman of the national government for a peaceful border opening between Venezuela and Colombia, visited the Simón Bolívar International Bridge this Monday, October 27, in San Antonio, Bolívar municipality, Táchira state, Venezuela, to verify preliminary plans for pedestrian crossing between both nations.

Bernal assured that there is “great fluidity” and highlighted the support of the Bolivarian National Guard for those who decided to cross the border.

“I have supervised the progressive and biosecure passage through the Simón Bolívar International Bridge, which is being developed without any restrictions,” he said. Bernal commended the smooth functioning of the border officials in the service of the Venezuelan and Colombian people.

“As I promised, I fulfilled,” said Bernal. “Now we await the reciprocity of the Colombian Government.”

During a meeting to analyze the efforts made to open the border—entrusted to Bernal by President Maduro—the deputy highlighted how in the border municipalities of Rafael Urdaneta and García de Hevia about 100% of the inhabitants are vaccinated, and that Táchira is the state with the second most immunized per capita in the country, thanks in large part to the special quota of vaccines allotted for the border states authorized by Maduro’s administration.

Colombia torpedoes the reopening
Meanwhile, Donamaris Ramírez, a Colombian journalist reporting from the pedestrian crossing, commented on the quarrel between Colombian authorities that is hindering the seamless opening of the country’s borders with Venezuela. Ramírez is the former mayor of Colombian border city of Cúcuta.

Ramírez described how in the Colombian Congress, in both chambers, there are legislators from Norte de Santander in decision-making positions and strategic commissions for the issue.

Ramírez then commented on statements by the president of Colombia’s Constitutional Court, Antonio José Lizarazo Ocampo, who questioned the lack of political will of the Colombian state regarding the border opening. In addition, Lizarazo Ocampo raised doubts about the Colombian government, headed by Iván Duque, and its position that has been rejected in the Norte de Santander department. Lizarazo Ocampo asked that President Duque be “unmasked.”

Some figures
• According to data from Freddy Bernal, trade with Colombia was reduced by 98.15% for the year 2019. So far in 2021 there has been a slight recovery that would be expanded with the commercial reopening.
• 120,000 head of cattle pass annually and illegally from Venezuela to Colombia (FEDEGAN 2019). This has driven up the price of meat.
• Two economic zones are demarcated between Norte de Santander and Táchira: the Special and Social Economic Zone (ZESE) and the Special Border Economic Zone (ZEEF), which could complement each other.
• 767 Exchange Houses operate in the city of Cúcuta and the town of La Parada (ECLAC 2016). On the Venezuelan side, up to 19 exchange houses were operated in San Antonio.