After seven years of border restrictions between Venezuela and Colombia, history changed for the benefit of both nations with the reopening of the border crossing, where a fraternal embrace took place. This Monday, September 26, in an event on the Simón Bolívar Bridge, authorities from both countries shook hands and raised white flowers as a symbol of peace.

Additionally, the ambassadors of both countries, Armando Benedetti and Félix Plasencia, participated in the event. Venezuelan Minister for Industry Hipólito Abreu and José David Cabello, superintendent of Seniat, the Venezuelan customs and taxes agency, were also present.

The decision to reopen the border was born as a pivotal step in the reestablishment of diplomatic relations between the two South American countries after Petro’s triumph in Colombia. Hence, the importance of the Colombian-Venezuelan fraternal embrace.

Pedestrian crossing over the bridge had been authorized. However, private vehicles remained restricted until this day, and trucks bringing Venezuelan products to Colombia and vice-versa were the first to cross. 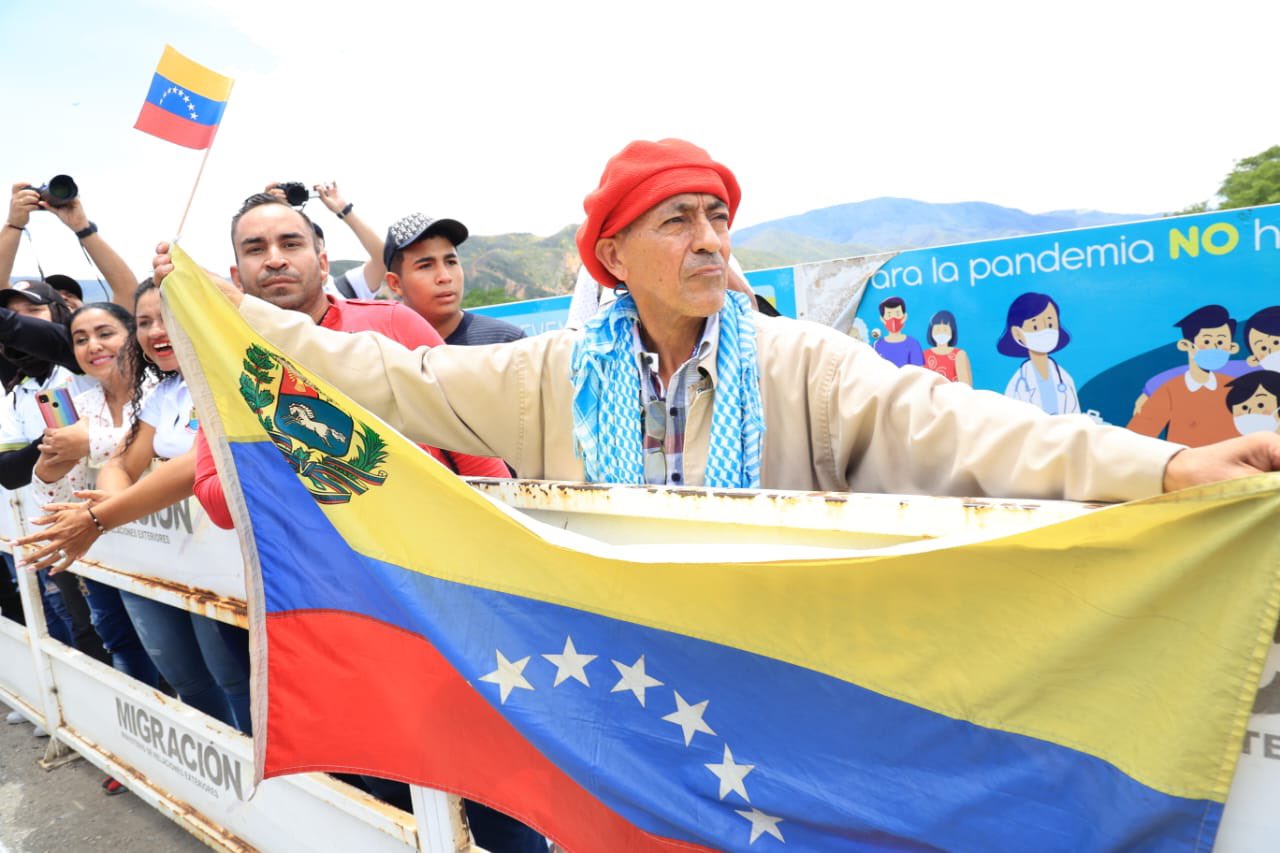 Statements and reactions
The Colombian president took the opportunity to address more than 300 national and international media outlets that were accredited to cover the official reopening of the border between the two countries. “Today is a historic day for the country, for the region and for South America. For America, in general,” Petro said.

The Colombian president stressed that “globalization is first and foremost a relationship between neighbors. Anyone who measures international trade flows, cultural flows, population flows will always find that the greatest amount is between neighbors. And that is how it was before sectarian madness took over hearts and brains; that is how it was between Colombia and Venezuela and between Colombia and Ecuador.

“I want the first beneficiaries to be those who live on both sides of the border, those who took risks on those illegal trails, the women who walked there.”

For his part, the Venezuelan head of state, Nicolás Maduro, wrote on his Twitter: “We are resuming relations and taking firm steps to advance the total and absolute opening of the border between brother peoples: Colombia and Venezuela. It is a historic and momentous day!”