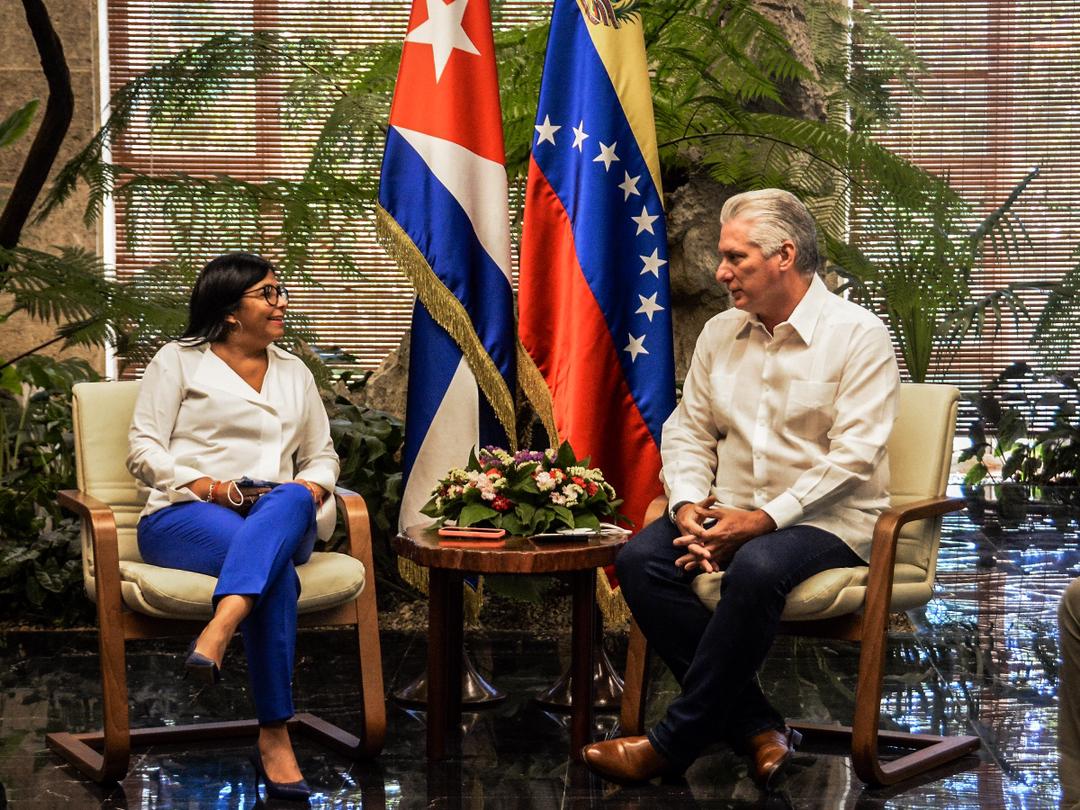 This Tuesday, April 12, Venezuela and Cuba strengthened their relations with regards to agricultural, mining, oil and other economic ties, through high-level technical roundtables of the joint commission between both nations.

According to a note from Venezolana de Televisión, the meeting was headed by the Venezuelan vice president of the Bolivarian Republic, Delcy Rodríguez, and the Prime Minister of Cuba, Ricardo Cabrisas, as well as other authorities.

Later, Cuban President Miguel Díaz-Canel, received Vice President Delcy Rodríguez. The Cuban president posted a message on his Twitter account stating that during the meeting they discussed the progress of intergovernmental agreements among other topics of interest.

RELATED CONTENT: Cuba: Violence of July 11 Will Not Go Unpunished

He added that both parties reaffirmed the unwavering solidarity and rejection of the unilateral coercive measures of the United States government.

A press release from the presidency of the Republic of Cuba indicated that on the Cuban side, the meeting was attended by Prime Minister Manuel Marrero, Deputy Prime Minister Ricardo Cabrisas, Foreign Minister Bruno Rodríguez, Minister of Foreign Trade and Foreign Investment Rodrigo Malmierca and Minister for Energy and Mines Liván Arronte.

The president’s tweet read: “It is always pleasant to receive the executive vice president of Venezuela, @delcyrodriguezv. We talked about the progress of intergovernmental agreements among other topics of interest. We reaffirm our unwavering solidarity with Venezuela and firm rejection of unilateral coercive measures by the US.”

RELATED CONTENT: The True Adventure of a 19-year-old North American Fighting in the Cuban Revolution with Fidel Castro (Book Review)

A Venezuelan ministerial delegation has traveled to Cuba to begin the development of these technical round-tables, and later, high-level meetings will be held to promote agricultural, mining and oil ties, along with all other ties between the two nations.

Venezuela and Cuba maintain a close relationship of cooperation for the economic development of both countries.