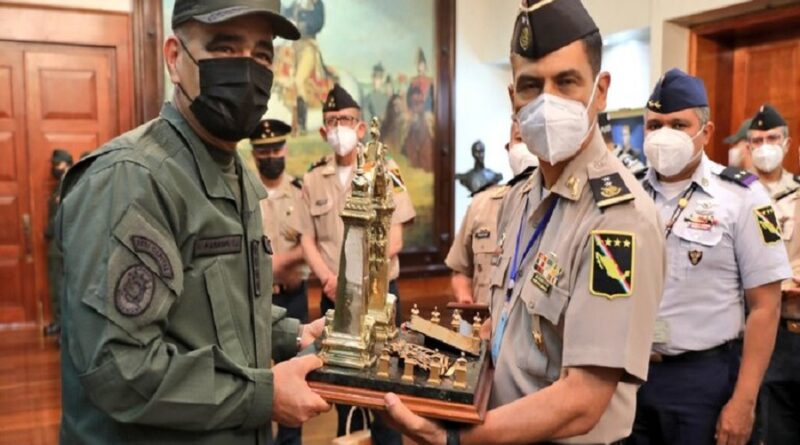 Venezuelan Minister for Defense, General-in-Chief Vladimir Padrino López, welcomed the members of a military delegation from Mexico at the Ministry of Defense headquarters in Caracas, Venezuela. The Mexican delegation to Venezuela was part of the bilateral efforts to strengthen cooperation and fraternal ties between the two nations.

The official press Twitter account of the Bolivarian National Armed Force, @PrensaFANB, informed that “as part of the friendship and cooperation relations between Venezuela and Mexico, General-in-Chief Vladimir Padrino welcomed a military delegation of the Latin American country at the Ministry of Defense facilities, thus strengthening the fraternal bonds between the two countries.”

The tweet also featured a series of photos of the event held at the headquarters of the Ministry of Defense. The Mexican delegation was also given a commemoration gift for the Bicentennial of the Battle of Carabobo, the decisive battle commanded by Simón Bolívar in 1821 which consolidated Venezuelan independence from the Spanish crown.

Featured image: A military delegation from Mexico being welcomed at the Venezuelan Ministry of Defense headquarters. Photo: Twitter / @PrensaFANB