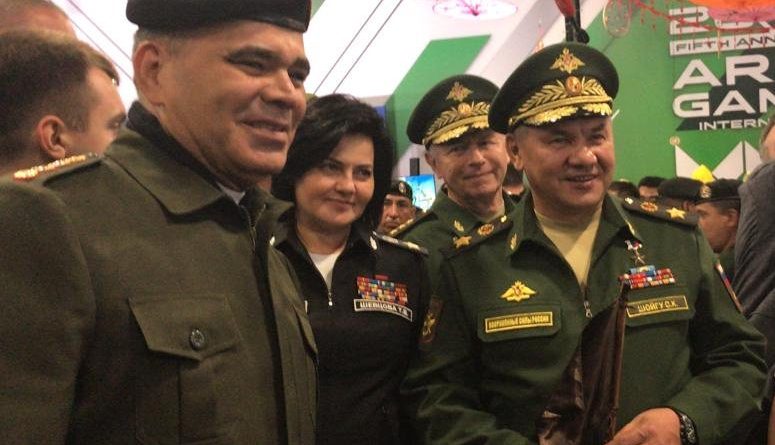 “We are going to increase the level of training, education, the preparation of all our cadres and continue on this path of the union, fraternity, solidarity and also of friendship,” said the Minister of Popular Power for Defense, Vladimir Padrino López, during the closing ceremony of the V International Games of the Russian Army 2019.

He stressed that he had a private conversation with the Minister of Defense of the Russian Federation, about the level of military-technical cooperation that has been making significant progress, “We have just agreed that our ships, the ships of our Navy can dock at the ports of both countries, it is an agreement among many others.”

“The Russian Federation has demonstrated its reliable, visible and notorious solidarity in the case of Venezuela, which is currently being perversely attacked by the US empire, trying to impose blockades and sanctions. We are going to resist! We are going to win,” he said.

The Minister for Defense stressed that these military exercises “are powers for peace and friendship,” and added that the world needs more than violence, needs balance to promote peace, “the self-determination of peoples to be free their independence sovereign character, that is important.”

The V International Games of the Russian Army 2019 were attended by more than 30 countries including Venezuela, where each nation exchanged and shared knowledge and experiences for union, peace and solidarity.