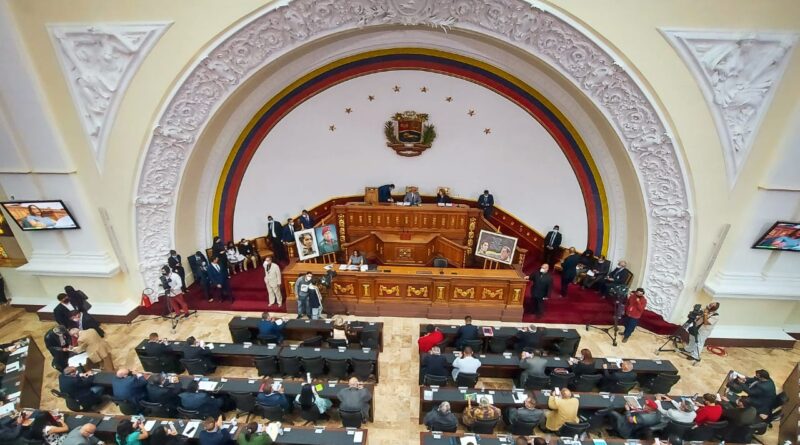 This Wednesday, April 6, Venezuela’s National Assembly (AN) unanimously approved a draft agreement to demand acknowledgement of the diplomatic status of Alex Saab, who has been illegally imprisoned in the United States since October 2021.

The AN statement establishes that Alex Saab has been serving as a diplomatic agent since 2018, as a special envoy for Venezuela in Russia and Iran, and since 2020 as ambassador plenipotentiary to the African Union.

In addition, he was appointed in 2021 as permanent representative of the national government’s delegation for the Mexico Talks held with the opposition.

“The government of Cape Verde should be ashamed for having perpetrated these unworthy acts against Alex Saab,” said Rodríguez, “and it is shameful that a country that prides itself on respecting the rule of law, as is the case with the US, keeps up this act of revenge, of retaliation, because through people like Alex Saab … we managed to defeat the most brutal aggression that the people of Venezuela have faced.”

After its approval, the draft agreement will be published in the Official Gazette for maximum dissemination.

Venezuela denounces irregularity in the case of Alex Saab
On February 28, before the 49th regular session of the United Nations Human Rights Council, the President of Venezuela, Nicolás Maduro, denounced the irregular and illegal proceedings in Saab’s case.

During his speech, the Venezuelan president recalled that Alex Saab was illegally kidnapped in June 2020 in Cape Verde when he was on an official mission to bring food to Venezuela.

Likewise, President Maduro condemned the illegal transfer of the diplomat to US territory, a fact that led to the suspension of negotiations between the national government and the opposition in Mexico.