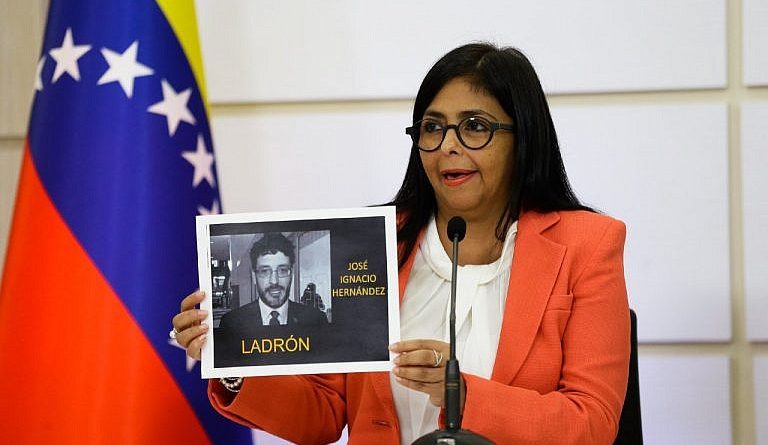 The executive vice president of the Republic, Delcy Rodríguez, denounced on Tuesday the dispossession of all the assets of Venezuela, specifically Citgo, in the Crystallex case reopened by a court in Delaware (United States).

“We wanted to update the illegal and unlawful situation that continues in the United States as part of a large plot of international organized crime among the criminal chief Juan Guaidó; as a participant of this band, Mr. Carlos Vechio and with a character on which we focus today, Mr. José Ignacio Hernández, the criminal mind that has been behind the dispossession of all the assets of Venezuela abroad and especially in the US,” Rodríguez explained at a press conference in Caracas.

She argued that Hernandez, who called himself “prosecutor” of Venezuela abroad, served as a lawyer for the Canadian company before Guaidó proclaimed himself as “interim president” of Venezuela.

“I want to give some very important legal data: in 2018 being an expert in this case (Hernández) forged an anti-legal theory called ‘alter ego’ that wanted to match the republic and its interests to that of a decentralized company or entity,” said Rodríguez, which violates the laws of Venezuela. She explained that this same thesis is contained in the so-called transition statute approved by the National Assembly this year that aims to convert the assets of the Republic into decentralized goods in order to be seized in the United States by other companies.

She warned that all procedural guarantees were suspended, voided and nullified by this absolutely unlawful statute.
“It is a continuing crime, they have gone against the assets of the Republic, against PDVSA, against Monomeros, against our assets in the Caribbean, against gold, against bonds; they are already negotiating to sell them for a few coins,” she added.
She accused José Ignacio Hernández of wanting to steal the assets of Venezuela: “It is very vulgar what they are doing, Juan Guaidó, it is an imperial criminal artifice.”
She said they are collecting information about their criminal activity against the country to present it before Harvard University, where he teaches, to evaluate his dismissal.