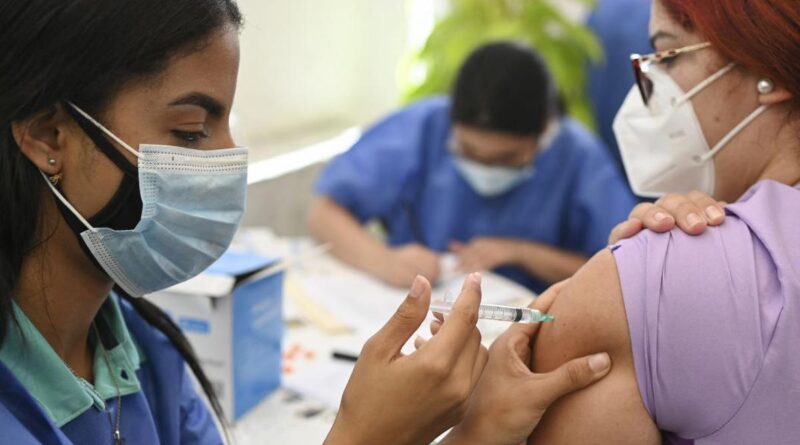 On Sunday, October 31, the President of Venezuela, Nicolás Maduro, announced that 67% of the Venezuelan population of age to be vaccinated against COVID-19 have received at least one dose.

He explained that the goal was 70%, but 67% could be achieved through tremendous efforts made to purchase vaccines, despite the blockade that the United States and Europe are imposing on millions of Venezuelans. “Despite the imperial persecution, the sanctions and the blockade, we have reached 67% of vaccination of our entire population,” announced the president.

At the Hipódromo de la Rinconada in Caracas, President Maduro explained that in nine states 70% of the population has been vaccinated, including Táchira, where the target has been exceeded, Caracas, La Guaira, Miranda, Carabobo, Cojedes and Mérida.

Moreover, President Maduro reiterated that Venezuela already has the doses to vaccinate more than 85% of the population. The goal for the end of the year is to have 95% of the population vaccinated; however, he added that it also depends on the willingness of Venezuelans to go to the vaccination centers.

The president reported that the rate of COVID-19 infections is now at 20 cases per 100,000 inhabitants, six points below the previous week.

He added that the vaccine does not eliminate the risk of infection, and for that reason prevention measures must be maintained: proper use of face mask, hand washing, and physical distancing.

Featured image: A woman getting her COVID-19 shot in Venezuela. File photo.