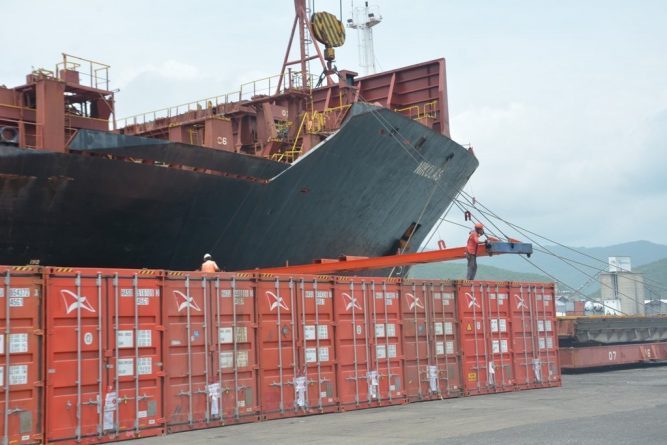 Twenty-five million euros-worth of humanitarian aid arrived to Venezuela from its international partners. Over 22,570 units of spare parts for medical equipment, 192,000 kit for diagnostic tests and “more than 100,000 kit for cytology” were included in the shipment, which Health Minister Carlos Alvarado said is received regularly in the port city.

“It is not strange that we are receiving containers here in the port of La Guaira,” he said, noting that some of the products are the result of a “direct purchase” while others are part of an agreement with Cuba and China.

In this way the Venezuelan Government manages to keep the socialist health system functioning, “despite the situation of drowning of the empire,” he said.

The U.S. has continued its attempts to send Venezuela-bound humanitarian aid to allies in the Caribbean and Colombia, attempting to import the items without state approval under the guise of a philanthropic gesture. Last week, both the International Red Cross and the Red Crescent refused to participate in the operation and override Venezuelan mandate.

According to the spokeswoman, the United States has already chosen a “scenario of acute confrontation” in Venezuela, which has as its main objective to try to influence the Venezuelan Army.