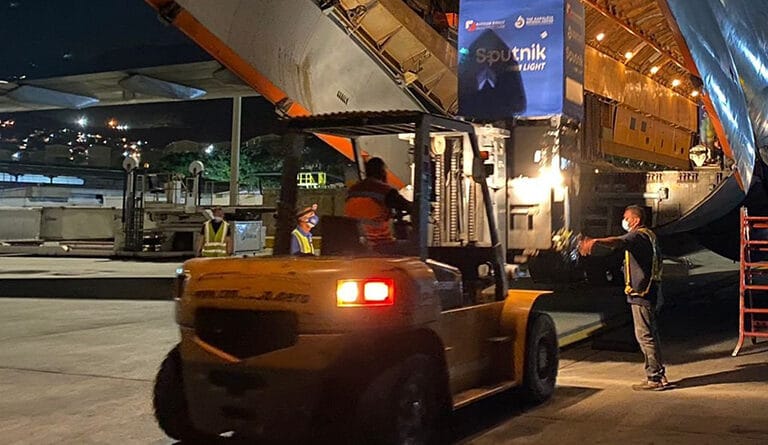 On Monday, December 13, Venezuela received another shipment of Sputnik Light vaccine doses from the Russian Federation, which will be used in the Venezuelan government’s mass vaccination program against COVID-19.

The new batch consists of more than 1.5 million Sputnik Light doses, which will be used as booster jabs for the elderly population in Venezuela.

The Deputy Minister of Resources, Technology and Regulation, which is under the Ministry of Health, Gerardo Briceño, received the shipment at the Maiquetía international airport. While at the airport, he informed that the supply coming in from Russia will reinforce the continued efforts to control the COVID-19 pandemic, in the midst of US imperial aggression.

“A shipment of more than 1.5 million Spunik Light vaccines have arrived, in addition to two previous shipments, and now make up a total of 5.3 million vaccines that will be used for providing booster doses to the Venezuelan people,” Briceño declared. “We will begin to apply the booster doses in January.”

The Ambassador of the Russian Federation in Venezuela, Sergey Melik-Bagdasarov, who accompanied Deputy Minister Briceño at the airport, pointed out that, thanks to the strategic alliance between the two countries, Venezuelans now have this highly effective and secure vaccine.