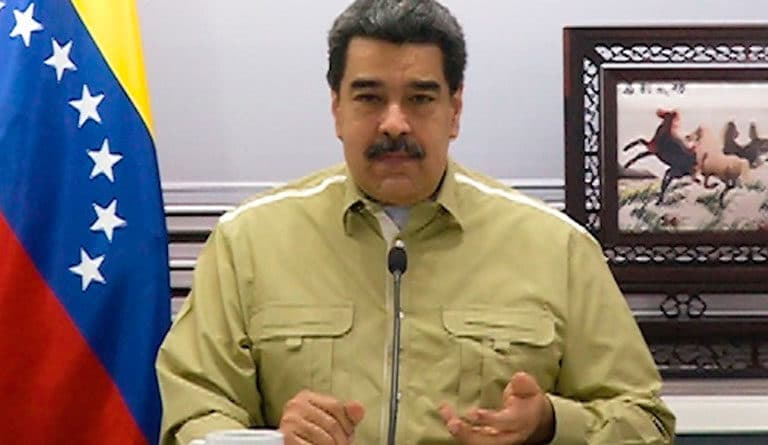 This Monday, February 1, in an interview with Brazilian journalist Breno Altman, Venezuelan President Nicolás Maduro said that Venezuela received more than 200 offers of foreign investment following the approval of the Anti-Blockade Law.

He explained that the law has created the conditions for the country to receive investments in the midst of the blockade launched by former US president, Donald Trump.

With the new regulations, it has been possible to “defeat the obsessive, criminal and poisonous persecution of the US empire in all economic activities,” President Maduro said.

RELATED CONTENT: Spain’s Foreign Minister on Guaidó: ‘It has Not Led to the Result we Expected’

In this context, Maduro also mentioned the consequences for the country of having persisted through 14 months without selling a drop of oil to the world, going from $56 billion in annual income to $700 million during 2020.

“We have been victims of the most brutal financial, economic and commercial persecution that has been known in 100 years. They have frozen and stolen all of our bank accounts around the world”—assets totaling more than $40 billion—recalled Maduro.

“They have managed to do us great harm,” he said. Venezuela’s oil industry cannot hold bank accounts throughout the world, and US sanctions have attacked the gold industry and the petro cryptocurrency.

However, Maduro assured that there is now an economic policy in place to help balance the accounts, and in this sense, he said, the fundamental element is the recovery of income.

Maduro also pointed out that in last two years the supply of food has been exceeded, and the operation of the industrial apparatus has been increased and maintained.

“We have won the support of the private sector,” said the president, assuring that a nationalist private business sector has emerged, that loves the country.

The private sector “is working with its own capital, and that is perhaps one of the achievements of this stage,” said Maduro.