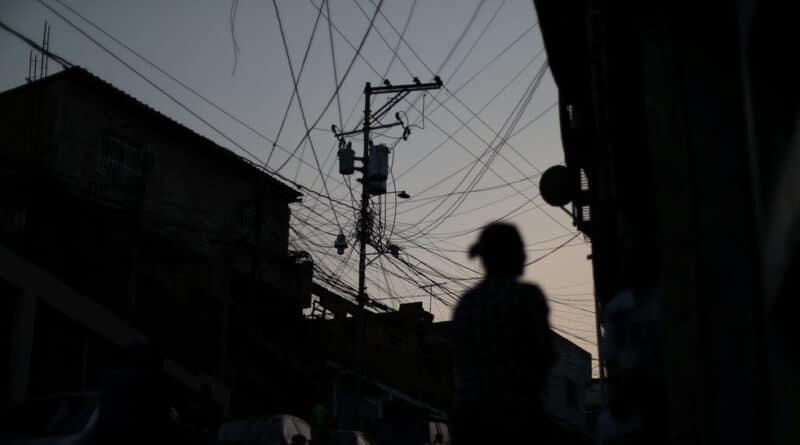 Venezuela’s electrical system was targeted by another “terrorist attack” on Sunday, minister of electric power Nestor Reverol has said, referring to power outages in the Caracas area and other parts of the Latin American country.

There was an explosion and fire at an electrical substation in the Jose Angel Lamas municipality of northern Aragua state, Reverol told state-run VTV broadcaster on the phone. The incident caused power outages in the Central District, while also leaving parts of the states of Zulia, Merida, Tachira, Nueva Esparta and Falcon without electricity, he said.

The minister insisted that the blast was “a new terrorist attack” on the Venezuelan electrical system, which came as part of the ongoing “multiform war” against the country.

Sabotaging the power grid is an “important aspect” of this war, with the government and the National Electric System (SEN) “fighting daily” to resist such attempts, he added.

The supply of electricity has by now been fully restored in the Capital District, with the authorities working to bring the grid to full capacity in other affected areas, according to the minister.

Venezuela’s electrical system has been recently plagued by incidents, with the Committee of People Affected by Blackouts, an NGO monitoring power outages, reporting more than 96,000 electrical failures and damage to some 38,000 devices only this year.

Reverol didn’t name those responsible for the “sabotage,” but the Venezuelan authorities have previously blamed the US for similar incidents. Caracas accuses Washington of trying to undermine the country and remove its Socialist leader, Nicolas Maduro, from his post.

On Saturday, Venezuela’s vice president Delcy Rodriguez announced that the government will soon present “evidence”that a massive blackout that left the country without power for a whole week and caused 43 deaths in March 2019 was an “electrical sabotage.”

At that time, Maduro insisted that the power grid collapsed as a result of an American-backed “cyberattack,” saying that then-US President Donald Trump was “most responsible” for this “sabotage.”

But some local energy experts cited by the media attributed the outage to underfunding and poor maintenance of the country’s power grid, as well as a lack of properly trained staff.