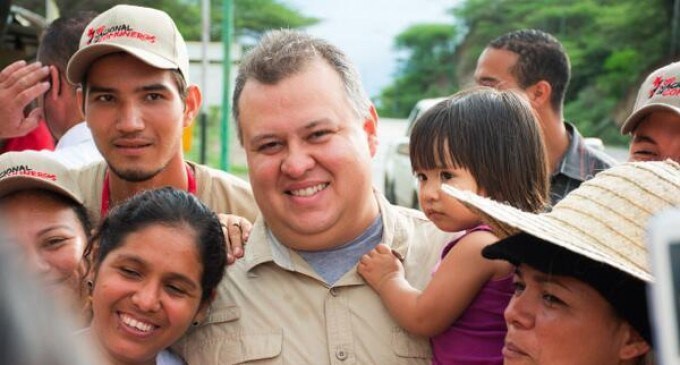 I.-When writing these lines I have in mind, mainly, the contingent of comrades who, for various reasons, have temporarily renounced militant work; extraordinarily valuable people who, for example, have decided to dedicate themselves to solve the urgencies of daily life, often because they have not had any other alternative; people who have left their work in a public institution, a space that is often very hostile for anyone with a transforming vocation, for disagreement with their superiors, for what they evaluate as a lack of coherence between discourse and practice; people who have been kept on the margins in the same institutions, but also in the territories, because it is uncomfortable, because they insist on staying true to their principles; people who feel cheated by the Chavista political leadership in general, which they consider, among other things, alien to popular feeling; people who do not feel identified with a government that too many times, in their judgment, announces that they will do things they do not do, and do thing about which they do not offer any explanation; people, in short, that feel defeated or that have been put aside (or have been set aside) because they believel that it makes no sense to fight battles that are not theirs.

To those people, war casualties, we have to be able to speak. To that, our people, we can not abandon them to its fate.

II.-Nobody in their right mind wants war, but these are times of right mind vacation. The clearest demonstration of this is that, interviewed on Friday, February 8 by AFP, Juan Guaidó “did not rule out authorizing a military intervention by the United States or a foreign force in the country,” according to El Universal (1). His words were: “We will do everything possible. This is an obviously very controversial issue, but by making use of our sovereignty, the exercise of our powers, we will do what is necessary, “referring to the” eventual use of its powers to authorize military intervention “(2). The next day, the US congressman Ro Khanna replied that he could proclaim himself leader of Venezuela, but that he was nobody to authorize US military interventions (3). In defense of Guaidó, it should be pointed out that he does not speak as the leader of Venezuela, but as a ventriloquist’s doll of US foreign policy.

Guaidó is right when he speaks of “our sovereignty, only that it does not refer to Venezuelan sovereignty.

In the third and final part of the book “A geopolitics of the spirit”, Miguel Ángel Contreras Natera makes a fascinating summary of the evolution of the doctrine of security and defense of the United States from the Carter Doctrine to the “National Security Strategy”, passing for the “Project for a New American Century.” There, the story of a decadent empire is told that, in a context of general crisis of capitalism as a historical system, and in the face of the threat that constitutes Asia and the possibility of it becoming a hegemonic center of global power, it reacts by destroying the system of international relations prevailing since the Treaty of Westphalia, in 1648, which established the principle of nonintervention in the internal affairs of other States.

In essence, the imperial political grammar that is used today against Venezuela dates from the period studied by Contreras Natera (1980-2006). Thus, for example, when Guaidó affirms that he will do “everything that is necessary, everything we have to do to save human lives, so that children do not continue to die” (4), even authorize a US military intervention in Venezuelan territory, its words are the colonial echo of the reasoning used by Michael Walzer to justify the “just war” against Iraq in 2003.

Likewise, the characterization of Venezuela as “a narco-state plunged into enormous corruption and responsible for the brutal repression of its citizens” (5), systematically employed by the official United States spokesperson and enthusiastically replicated by politicians, media and analysts aligned with their interests, obeys to the categorization made in 1999 by an institution dependent on the Ministry of Defense, according to which the States are divided into four groups, according to the level of stability of their democracies: core states (corestates), states in transition ( transitionstates), rogue states or outlaws (roguestates) and failed states (failedstates). In fact, the classification “varies according to the affinities that the states present with respect to the Washington model”. A roguestate like the Venezuelan “would deserve to disappear as a state of non-law from the moment it seems not to respect the prescriptions of international law”, as these are interpreted by “the supposedly legitimate and law-abiding states, that is, those who, having the greatest force, are willing to call the rogue states to order or to make them come to their senses, if necessary by resorting to an armed intervention – punitive or preventive “(6).

Thus, we have the states, and the possibility of the “just war” of some states (the United States and its allies) against others (rogue states), but something is missing. War, currency and State are the constituent forces of capitalism, point out Eric Alliez and Maurizio Lazzarato (7). The market is missing This imperial taxonomy referring to the states is functional for the purposes of “disciplinary neoliberalism”, as defined by Contreras Natera: “The freedom proposed by the spokespersons of disciplinary neoliberalism – as ideology and government technique – must be understood within the framework of the mutations and current transformations of globalization. Freedom refers to the unrestricted respect for a certain natural […] intrinsic mechanics of economic processes rather than the recognition of individual liberties “. Freedom is, before anything else, free market, and this is assumed as a moral principle. Guided by this principle, in the act of intervening militarily in a rogue state, the United States is doing nothing other than ensuring that the free market “is not obstructed by any government intervention. The need to commercialize each area of life […] falls within the vision of disciplining bodies and peoples to increase productivity. To be against the United States, in this and many other aspects, is to be against freedom “(8).

In other words, “a society is democratic as long as it is pronounced against the interventionism of the State and in favor of the market”. If this is not the case, then “it is necessary to defend the market both politically and militarily”. The objective is “to extend the world governed by the pure exchange of goods, to extend the relationships mediated by money as the natural and only form of human relations”, which implies, in geopolitical terms, that part of the world dominates the economy from the other part. The fate of the rogue states, susceptible to military intervention, is to adjust “internally so that they can maintain the service of their debts with the Dollar-Wall Street regime. The links with this regime suppose the subordination of the states as an imperial-colonial order to the turbulence of the international financial system “(9).

What disciplinary neoliberalism does is “rewrite the market economy as a drive of natural forces and thereby hide the institutions, the individuals, the global and local actors that drive global capitalism”. But it is not only “a process of political and ideological rewriting”. It is fundamentally “a program of deliberate control of energy sources in the Third World”, which is expressed as “the deepening of levels of inequality, an intensified extraction, a renewed primitive accumulation and the deployment of mechanisms of subjection through debts , vigilance and increasing coercion worldwide “(10).

The problem, warns Contreras Natera, is that “this imperial ethnocentrism, with its unscrupulous and sophisticated defenses in the juridical plane of the just war, is breaking the international institutionality and, simultaneously, with its security and defense policy sets, undermining the processes of reproduction of life on the planet. ” Assisted by the reason of the strongest, abrogating the right to exercise its sovereign one-sidedness, it violates the sovereignty of the so-called rogue states. Such a picture supposes a dangerous paradox: “the states that are in the situation of making war to the roguestateson themselves, in their most legitimate sovereignty, some roguestate. Therefore, within the authorized and legitimated logic of the roguestate, there are only rogue states and there is no rogue State “(11).

Suspended the current legal order, only the state of permanent exception remains: “The case of decisive political exception is the war that, precisely, in the case of exception, is also the parameter and, therefore, that which can not be measured by another thing. In the face of an exceptional case, the US imperial state suspends the right by virtue of the right to self-preservation. ” Following Carl Schmitt, says Contreras Natera: “who holds the power to suspend the legal order and, eventually, establish a legitimate order based on that power really held, is the sovereign” (12).

It is in the name of the sovereignty of the US imperial state that Juan Guaidó speaks. And it is in his name that he puts himself at the service of a military intervention in Venezuela. Not in our name.

III.- The treatment of Venezuela as a rogue State, the policy of strangulation of the national economy promoted and practiced by the United States, the farce of “humanitarian aid”, the threat of military intervention, a neoliberal “Country Plan” that supposedly contains “the keys” that will liberate the productive forces of the nation “(13), and that refers to Venezuela as a failed state: all this happens because we live in a state of permanent exception on a global scale, in which, to summarize an idea exposed by Michel Löwy , the exceptional is democracy (14).

That is why the content of a declaration signed by intellectuals and academics such as Edgardo Lander, Antonio Negri, Boaventura de Sousa Santos, among others, according to which Nicolás Maduro “has ruled outside the Constitution, applying a permanent state of exception, is really disconcerting. ” (15).

With everything and the presence in the Venezuelan Government of authoritarian elements, corrupt and more likely to favor the interests of capital, which certainly is not new, there can be no doubt that Bolivarian democracy remains an exceptional case which, in fact, confirms the global rule: the permanent state of exception, with the US imperial state self-proclaimed as sovereign.

The imperial sovereign has declared war on Venezuela. When, on March 9, 2015, it declared us an “unusual and extraordinary threat to national security and foreign policy” in the United States, it was war drums that sounded. Certainly, war rides on our malaise, that is, on our mistakes, on what we have done wrong, on what makes us weak. But it is not because of our mistakes that war is made, but because of our successes.

The threat is real. And yes, the threat to our national sovereignty is unusual and extraordinary. It is not a government that we are defending, but our existence as a sovereign nation. Our militant work was rarely necessary. It is necessary to break the isolation, join the commons, strengthen ties, rebuild relationships, heal wounds, re-link, that is, go against the neoliberalization of Venezuelan society, neutralize its political effects, form ranks against disciplinary neoliberalism. It is time to make the decision.

(3) Ro Khanna [@RoKhanna]. (9 de febrero de 2019, 14:51). Mr. Guaido, you can proclaim yourself leader of Venezuela but you don’t get to authorize US military interventions. Only the US Congress can do that. We will not.