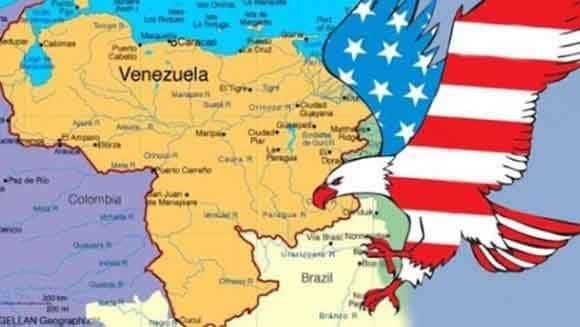 The Yankee siege of Venezuela has entered a new phase, which complies with the classic intra-military preparation.

On the one hand, we have the anticipated no-recognition on January 4, by the Lima Group (popularly known as the Lima cartel) of the new term of President Nicolás Maduro, which began on the 10th of that month. On January 5, the National Assembly (AN) of Venezuela, declared in contempt by the Supreme Court of Justice, elected as its president Juan Guaidó, an unknown guarimbero. Guaidó is the one appointed by Washington as the presumed new leader of a divided opposition, whose figures are worn out and discredited.

On January 10, 19 governments, the lackeys of the 35 that form the OAS, declared illegitimate the new mandate of Maduro, in addition to joining, like the Lima cartel – they are almost the same – the well known Yankee script of financial sanctions and other interventionist measures, just in the same day in which the Bolivarian leader took possession. (Despite all the US pressures, they did not get one more vote in the OAS than they already had in previous attempts).

During the oath of Guaidó as president of the AN, it formally declared Maduro an “usurper” of the Executive, and urged the adoption of measures within the framework of constitutional article 233 to install a transitional government and call new elections. The immediate applause by the ultra-reactionaries Mike Pence, James Bolton, Mike Pompeo and Marco Rubio, respectively vice president, national security adviser, secretary of state and US senator, demonstrates the enormous interest of the empire to advance the coup and warmonger of non-recognition of Maduro and proclaim a government of transition.

All US spokespersons have been talking about that and the possibility that Guaidó will be recognized as interim president. The servile Almagro “recognized” him in response to a tweet from the bill of the National Assembly that proclaimed it, then erased it. Rubio, who is very influential on Trump in politics towards Venezuela, Cuba and Nicaragua has repeatedly asked for it. Recall, Obama and Trump decreed that Venezuela is “a serious and unusual (extraordinary) threat to the national security of the United States.”

All this in the midst of constant calls to the Bolivarian National Armed Forces (FANB) to restore the “constitutional order” and after the AN decreed an “amnesty” for military and civil officials of the “dictatorship” to “assist” to that supposed objective. The insistence of the Yankee and opposition spokesmen to drag the FANB into the coupist adventurism comes from afar and is that the United States and the Latin American oligarchies face a complex dilemma. Since the right has no people and is increasingly discredited and divided, it can not be imposed electorally to the Chavismo, but at the same time to count the Bolivarian government with the unrestricted support of an armed force that, in addition to having magnificent weapons systems and training, has demonstrated its patriotic, revolutionary and loyal to the Constitution, it becomes very difficult to achieve the success of a coup plot or a military intervention in Venezuela, in any of its variants.

With Colombian paramilitaries who are later joined by regular units of that nationality and, perhaps Brazilians and Argentines, to which even some deserters of the FANB, reinforced with American special forces for “surgical” operations, eventually join, would not have it easy. It should be remembered that the FANB have a component of hundreds of thousands of volunteer militiamen. However, that is the route drawn in the Venezuela Freedom 2 Operation by the Southern Command, and the modifications that it adds to the “Master Strike” are more nuances, as Stella Calloni pointed out in an analysis.

Although it is unthinkable that a conflict of this nature can be encapsulated in Venezuela and not overflow into the region, none of the aforementioned Yankee plans considers it. What is clear is that the United States, not having in Venezuela forces capable of getting rid of Maduro by themselves, does not have many options. That is why it resorts to greater isolation and international encirclement of the Bolivarian country, similar to that applied to Cuba on the eve of the mercenary aggression of Playa Girón, with a transitional government.

Apart from the insignificant AN, Washington, to keep the forms in this rogue, has its pawns of the Group of Lima, the much discredited OAS and the traitor Almagro. For the reaction of the European Union is rather rhetorical and lukewarm. Meanwhile, it is known that, in addition to the support of Cuba, Bolivia, Nicaragua and CARICOM countries, Venezuela has the political, military and financial backing of China, Russia and Iran.