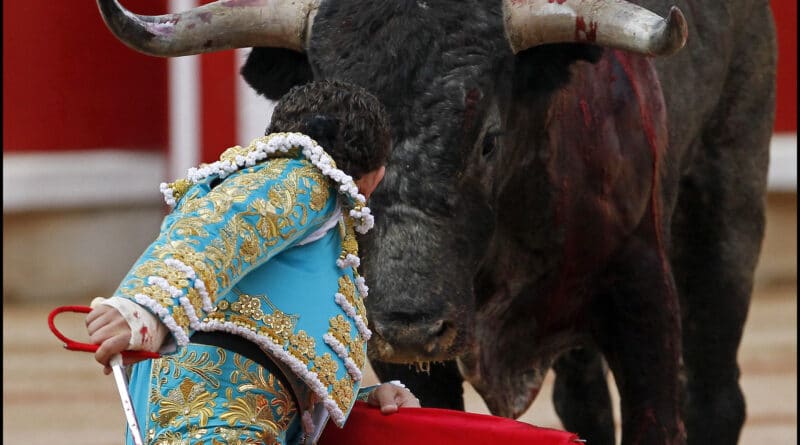 The Attorney General of Venezuela, Tarek William Saab, reported that a law will soon be presented to the Venezuelan National Assembly to protect the lives of fighting bulls and stop the practice of bullfighting in the country.

He explained that he has offered his opinion on the subject. Because Venezuela is “a democratic country,” said Attorney General Saab, “there is a debate, and we are having that battle of ideas that is important and that does not have any personal overtones, it is neither for nor against this or that.”

“It has to do with the defense of life,” Attorney General Saab said, reiterating “this is a debate, the important thing is that it is a debate based on an idea, based on positions.”

The proposal of the new law will seek to debate the act of animal cruelty that is carried out during bullfighting events in some states of the country.

This practice “is part of an inheritance of Spanish colonialism, which historically—it is proven—is not part of the Venezuelan tradition,” Attorney General Saab said. “It is not. Bullfighting comes from another culture…  Even in various cities in Spain it has been banned.”

“There are few countries left where this animal torture actually exists,” Attorney General Saab added. “I feel that the spectacle of seeing a fighting bull in the middle of a square, alone, being stabbed little by little… is an act that has nothing to do with tradition or with Venezuelan culture.”

He hopes soon to put an end to the mistreatment of animals. “Soon, I am sure that in the midst of this battle that is taking place, which is an empirical battle, (the bullfight) will be abolished,” Attorney General Saab said.

Tarek William Saab recently asked the courts of the state of Táchira to suspend the International Fair of San Sebastián, where bullfights would have taken place starting on January 27 in San Cristóbal, in order to avoid the slaughter of the bulls used in the event.

The attorney general also rejected the organizers’ plan to hire people with achondroplasia, whose primary feature is dwarfism, to perform during the show, because they would be used “in the style of Roman circuses for public ridicule.”

Featured image: Bull about to be sacrificed. File photo by Javier Sesmaf.