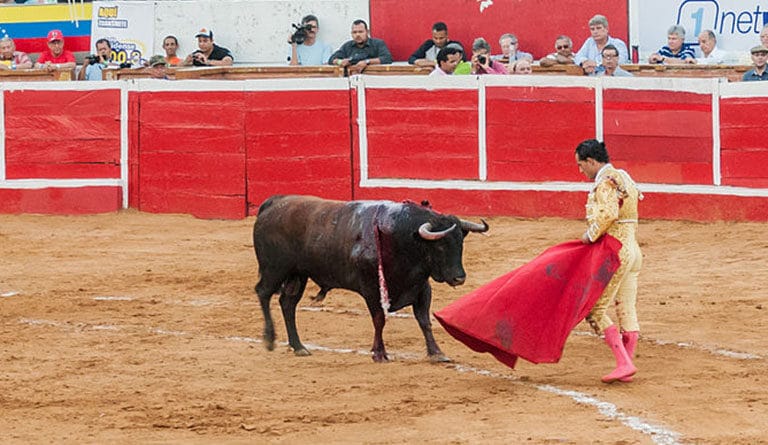 On Thursday, January 20, Venezuela’s Public Ministry declared its firm condemnation of the so-called “Fiesta Brava” (Bullfiighting), an event for profit in which the principal victims are bulls and people with achondroplasia (disability commonly known as dwarfism).

A statement in this regard was issued by the Attorney General of Venezuela, Tarek William Saab, who ordered a precautionary measure to safeguard the security of the bulls and the people suffering from the health condition.

Saab also shared a video on his Twitter account, showing acts of mistreatment and mockery against the animal and the people with achondroplasia who participate in the show.

The attorney general clarified that the order for protection aims to “preserve the physical integrity of the fighting bulls and avoid the sacrifice of the animal in the framework of the misnamed ‘bullfighting show,'” and also prohibits the entry of minors and adolescents in said event.

Attorney General Saab highlighted that the Public Ministry is preparing a proposal to be presented to the National Assembly, with the aim of stipulating a “law that prohibits the slaughter of bulls,” which is nothing but a Spanish neo-colonial show that is condemned in most of the world.

The Attorney General’s Office has already launched an investigation against Juan José Guerrero, the person responsible for organizing this event that promotes torture and embarrassment. “In addition to calling himself a ‘Bullfighting Businessman,’ Juan José Guerrero also encourages ‘anti-democratic activities in Venezuela, which is totally against the Bolivarian Constitution of Venezuela,” decried Attorney General Saab in another tweet.