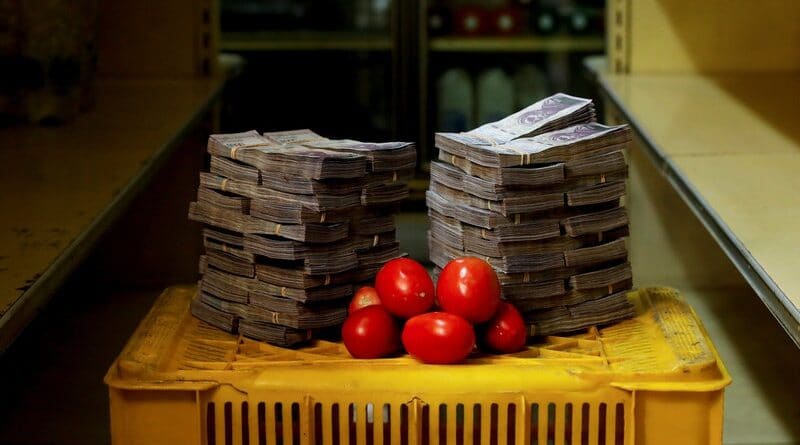 The Central Bank of Venezuela (BCV) reported an accelerating trend of inflation in the country during the months of August and September, when the National Consumer Price Index (INPC) increased 24.7% and 27.9% respectively, after having increased 19.6% in July, the last month that the issuing entity had officially reported.

The BCV data for August coincides with that reported by the National Assembly (AN) in the same period, which was 25%. Parliament has not issued its price report for September, making it the first time since the National Assembly decided to run an inflation measurement in 2017 that the Central Bank makes a monthly publication prior to parliament.

The BCV had not publicized the variations by sector at our time of publication.

Annualized inflation in August was 2.177%, according to the BCV, while the AN reported a variation in the same period of 3.078%. Over seven months the accumulated rate was 638.07%, lower than that registered by the legislature of 1,079%.

At the end of September, accumulated inflation according to the issuer was 844.05% and the inter-annual variation was 1,813.09%.

Since 2016 the BCV has been erratic in informing about economic indicators due to the savagery of US sanctions and the economic warfare that accompanies it. Many experts justify the decision as a response to US economic aggression against Venezuela. A recent de facto dollarization phenomenon has allowed many Venezuelans to be less affected by the inflation, charging and paying with this currency.

In recent days, local media and international news agencies have speculated about the arrival of new bill security paper from Switzerland under an operation not affected by US sanctions. They have speculated about an alleged BCV plan to print Bs. 500.000 and Bs. 1.000.000 bills. No official information has been released yet by the BCV.

Featured image: Venezuela’s rampant inflation led to incredulous scenes in 2018 before the monetary reconversion, with money that was often weighed rather than counted to work out its corresponding value. (Carlos Garcia Rawlins Reuters)