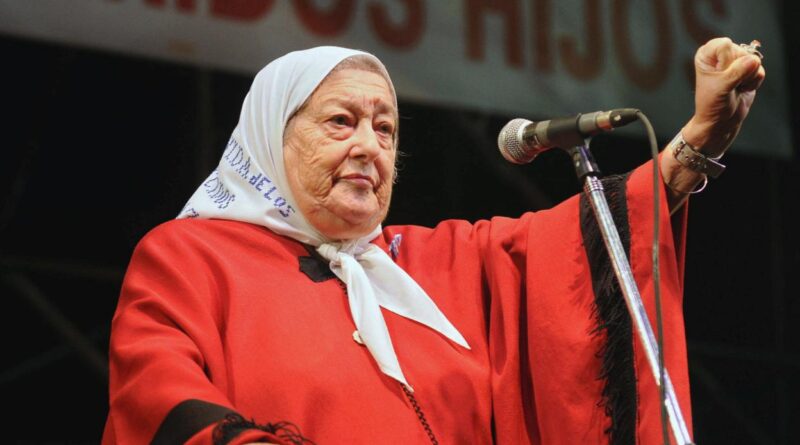 The leader of the emblematic group Mothers of the Plaza de Mayo, Hebe de Bonafini, “apologized to Maduro and the Venezuelan people” for the support of the Argentine Foreign Affairs Minister Felipe Solá of a UN resolution in which the violation of Human Rights in Venezuela is condemned, and the “Independent International Mission to determine the facts about the Bolivarian Republic of Venezuela” is authorized to continue operating.

De Bonafini said that she was “ashamed” by the conduct of Solá, whom she accused of not knowing “where he stands or what he is representing,” the Argentine media reported.

“I don’t know how to ask for forgiveness and apologies. They received so many Argentines who were leaving the country fleeing the dictatorship, they received them with love. Since that time I have been going to Venezuela. In ’78 I went for the first time. I know their people, what they suffered and what Chávez gave them. And I know Maduro and what he is doing to respond to that government that wants to remove him,” said the leader.

Their excuses, she said, reflect the apology of “the Mothers”, as well as “millions of Argentines”, today “ashamed of having such a Chancellor.”

Argentina joined the 21 countries that voted in favor – there were also 22 abstentions and three votes against – of the continuation of the functions of the “Independent International Mission”, a para-institutional body promoted by countries hostile to the government of President Nicolás Maduro from the so-called Lima Group .

The lack of objectivity and weakness of the reports produced by that entity have been widely questioned and documented by Caracas, which continues to work with the United Nations Human Rights Council on the investigation and prosecution of alleged human rights violations of Venezuelans; while the government has been working directly with the Office of the High Commissioner on Human rights Michelle Bachelet to cooperate on human rights issues, and on the opening of a permanent office of that international body in Caracas.