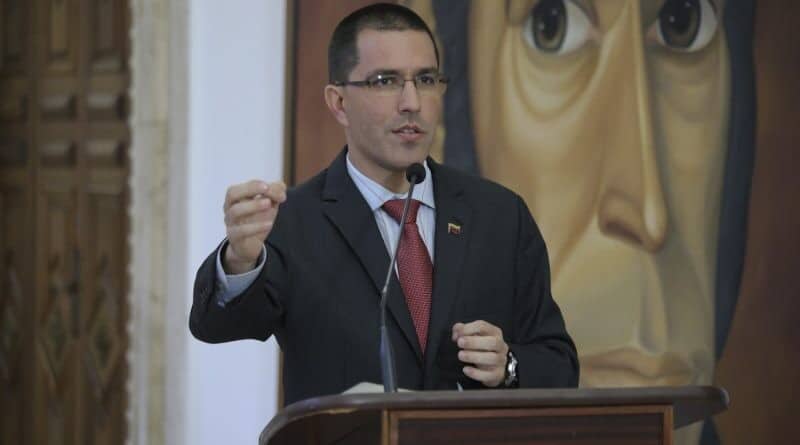 This Tuesday, the Venezuelan Foreign Minister, Jorge Arreaza, described as unusual the reaction of Mike Pompeo, Secretary of State of the United States (USA), when he became aware of the arrival of Russian aircrafts in Venezuela as part of bilateral exercises between both countries. Through his Twitter account, Arreaza reminded Pompeo that the United States “has at least 800 military bases (known) in 70 countries. Today, 75 of the 107 US programs for security cooperation operate in Latin America. ”

On Monday, the US Secretary of State wrote through his Twitter account: “The Russian government has sent bombers around the globe Venezuela. The Russians and the Venezuelans should see this for what it is: two corrupt governments squandering public funds, and repressing freedom while their people suffer. ”

After this meddling by Pompeo, the Venezuelan diplomat noted that it is unusual for the US government to question the sovereign right to cooperate in defense and security with other countries, when President Donald Trump publicly threatened with a military intervention in Venezuela. In this regard, Chancellor Arreaza stressed that if the US government wants to cooperate, they should lift sanctions against Venezuela.

In another tweet, the Minister of Popular Power for Foreign Affairs said that if the US is so concerned about waste of money, they should review its immense and unjustifiable military budget of more than 674 billion dollars by 2019. At the same time, he denied 50 million poor people and families without access to public health in the US. There are fairer destinations for these funds.

On the other hand, the spokesman of the Kremlin, Dmitri Peskov, sees little diplomacy and thinks that it’s absolutely inappropriate the declarations of Pompeo. Peskov described Pompeo’s statements as “absolutely inappropriate” by pointing out that the US with half of its defense budget would be able to “feed all of Africa”.