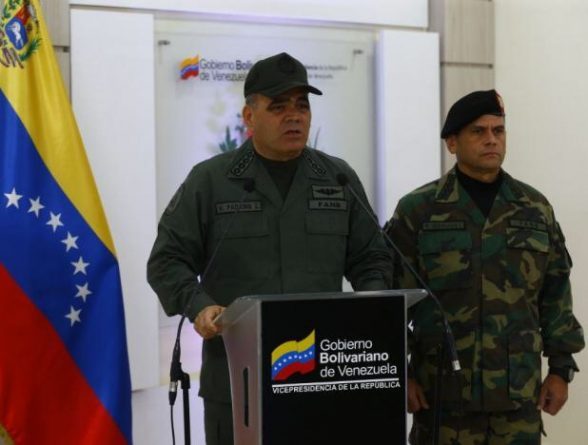 On Tuesday, the Vice President for Sovereignty, Security and Peace, Vladimir Padrino López, reported that last weekend a military operation was carried out in Ciudad Bolivar, Canaima Park, Gran Sabana municipality against the illegal mining. He said that during the operation 4 people were injured with firearms, one of the citizens died and was identified as Charlie Peñaloza, 21 years old and was from the Pemon community.

Padrino López pointed out that it is an unfortunate loss and the Government will not allow the continuation of an ecocide in Bolívar or in any part of the country, he said from the Vice President of the Republic’s Office.

“We have been developing a comprehensive plan, called Plan Tepuy Protector, which has been working, because this is not a matter of a military nature, but of a comprehensive nature,” he said.

Similarly, the Minister for Defense, stressed that the Public Ministry will make all relevant investigations because we will not allow the continuation of this savagery in one of the richest and most beautiful regions of the country.

“The State is acting with the Constitution of the Bolivarian Republic of Venezuela to take the law where it has to be taken,” said the Minister.

Likewise, Padrino López reported that during the operation several mining rafts and some machinery were destroyed that were use to destroy the vegetal layer of the jungle.

Finally, the vice president for Sovereignty, Security and Peace called on the indigenous people not to allow themselves to be manipulated by outsiders.