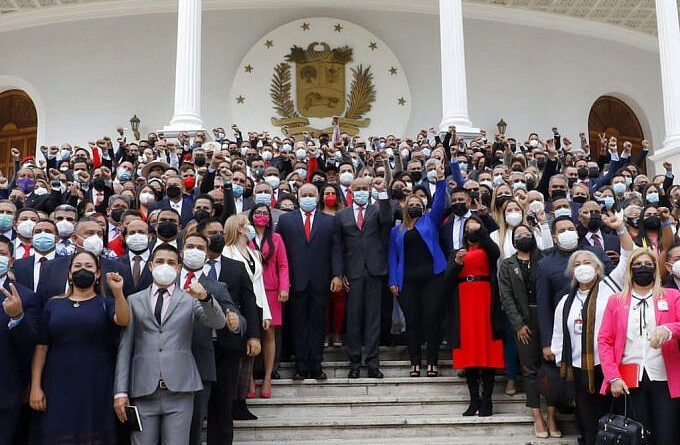 This Wednesday, January 5, the Legislative Chamber of Venezuela’s National Assembly (AN) held the first ordinary session of this year, in which it carried out the election and swearing-in of its Board of Directors, in accordance with Article 194 of the Constitution of the Bolivarian Republic of Venezuela and the AN’s Internal Regulation of Debates.

Rosabal Gil was also elected as secretary and Inti Hinojosa as undersecretary of the Legislative Power for the new term.

Deputy Noheli Pocaterra, who acted as secretary for the session, was in charge of swearing in Rodríguez. “I swear by peace, supreme loyalty to the values of this homeland of independence, sovereignty and freedom,” said Congressman Jorge Rodríguez, who will hold office for the next 12 months.

The opposition bench proposed deputies Luis Augusto Romero, Anyolí Tamayo, and Alfonso Campos for the leadership of parliament, but this proposal was defeated by the majority of the Great Patriotic Pole. Deputy Oscar Figuera, of the Communist Party of Venezuela (PCV), abstained from the vote.