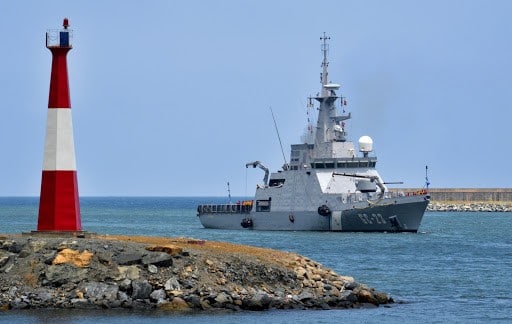 This Saturday the Venezuelan Navy presented evidence of the entry this week of a Portuguese-flagged passenger ship, RCGS Resolute, in Venezuelan waters without authorization.

In a press conference, the Commander General of the Navy, Admiral Giuseppe Alessandrello presented audios and videos with the conversation between the authorities of the coast guard ship Naiguatá (CG-23) and the RCGS Resolute crew leaving no doubt about the criminal and irregular behavior of the Portuguese ship.

“RCGS Resoulte arrived in the Venezuelan sea without authorization and remain in Venezuelan waters for 2 days according to their own account captured in the audio, they ignored the instructions of the Naiguatá coast guard inviting them to dock in Margarita Island for inspection, refused to recognize instructions despite acknowledging in audios that they were indeed in Venezuelan waters without permission, but instead resuming their path towards Curaçao at full steam,” the Navy Admiral pointed out.

First video footage of the Naiguata – Resolute incident. Venezuelan naval authorities noted that shots were made but not pointing at the ship. They also claimed that the Resolute clash at the navy patrol several times and do not stop its engines at any moment…#BayOfPigs https://t.co/iTTNW7GjlS

The Naiguatá (CG-23) crew contacted the Portuguese vessel, whose command personnel accepted that they had stopped in Venezuelan waters without permission for two days but were resuming their way to Curaçao, their final destination.

The Resolute crew did not comply with the order to shut off the engine for investigation, ramming the Venezuelan coast guard ship in clear agressive behavior after precautionary shots were fires into the water by Venezuelan authorities following international protocol for this cases. In a slide (above) presented by the Navy commanders, they showed a sequence where in a 1st moment both ships were sailing in parallel, a 2nd moment were is clear that RCGS Resolute collided against a ship of an authority that they recognized in the audios while acknowledging they committed an infraction. In a 3rd moment they show how the criminal crew of the RCGS Resolute did not stop after the first contact badly damaged the body of the Naiguata (CG-23) causing its sinking. They also pointed out that the Portuguese ship is an Arctic ship with a reinforced body specially design to deal with icebergs and frozen waters.

Additionally the head of the Venezuelan Navy pointed out that it is a crime sanctioned by international law not to provide assistance to a ship after an incident of this nature happens, adding that the criminal crew of the RCGS Resolute at that moment turned off their GPS system (another criminal and suspicious behavior) and more than 24 hours later docked in Curacao. Curacao is just 5 hours by sea from the place of the incident, raising more suspicion about the nature of the activities carried out by this ship in Venezuelan waters.