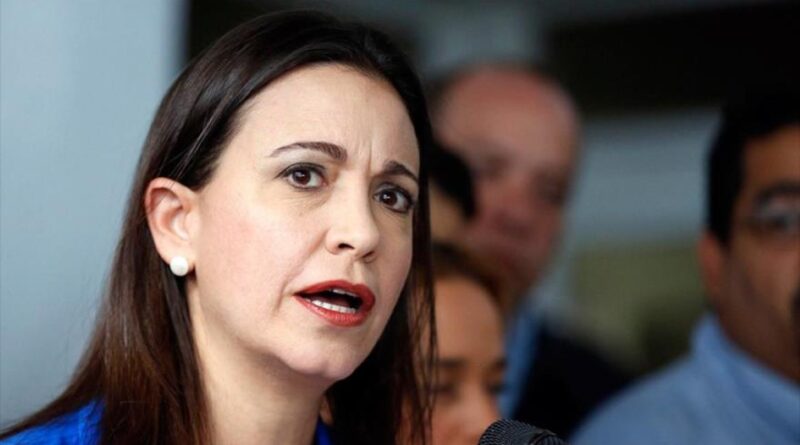 Machado, top leader of the Vente Venezuela political movement, considered that the “unitary pact” proposed by the opposition Juan Guaidó is nothing more than a “diversionary agenda disguised as unity.”

“I had the expectation of hearing a different proposal for the good of the country and of each one of the Venezuelans,” Machado said in a video recorded after having a conversation with the self-proclaimed “interim president” of Venezuela.

In a letter, published on her twitter account on Sunday, Machado criticized specific decisions by Guaidó, such as the controversial entry of humanitarian aid into Venezuela during the peak of his uprising against Maduro in February last year.

“Far from being an operation of strict preparation and high commitment (…) it became a disaster,” reproached the political leader, who also blames the opposition leader for the failed coup “adventure” called Operation Gideon.

She also did not miss the opportunity to point out the effects that the corruption scandals that Guaidó and his associates have had on the credibility of the opposition.

In the letter, Machado said that Guaidó “has not been able or wanted to fulfill” with “the task that the country gave him,” in reference to his appointment by the National Assembly (with an opposition majority) as the “interim president” of the country, a position he never actually held and that does not exist in the Venezuelan constitution.

According to the letter, Machado advocates “an alternative option”, based on a solid strategy, with a reliable leadership, unburdened by accomplices and corruption, she said pointedly to Guaidó.

Machado’s statements highlight the open cracks in the ranks of the Venezuelan opposition, as the country prepares to hold parliamentary elections to renew the National Assembly on December 6.