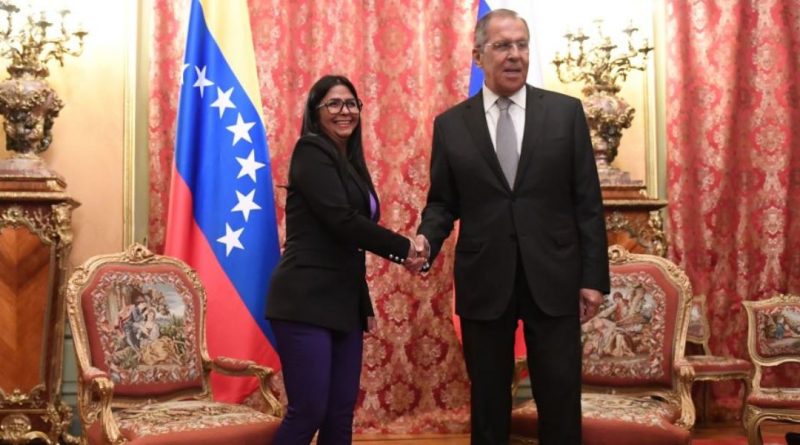 The Executive Vice President of the Bolivarian Republic of Venezuela, Delcy Rodríguez, held a meeting this Wednesday in Russia with Foreign Minister Sergey Lavrov in order to strengthen economic and cooperation alliances between the two nations.

Both officials discussed issues of bilateral interest, the economy, science and high technologies, in addition to culture, as well as an international agenda in defense of the Charter of the United Nations Organization (UN), constantly violated by the United States.

Rodriguez stressed that progress has been made on new agreements between Venezuela and Russia. “The exchanges are getting closer and more frequent. I had the opportunity to review the cooperation agenda with the co-chair of the High Level Intergovernmental Commission and vice president Yuri Borísov. We are making progress in all subjects. ”

She added that sanctions against Venezuela contribute to the consolidation of cooperation between Caracas and Moscow, ”

Message from President Maduro to Putin

The Venezuelan Vice President carried a message of thanks from President Nicolás Maduro to his Russian counterpart, Vladimir Putin, for the support he provides to the South American nation.

For his part, Lavrov reiterated his country’s support for Venezuela against the aggressions of the Donald Trump government. “We will always be supportive of Venezuelans and defend the right of each people to choose their own path to development.”

Prior to the latest US sanctions, the Russian Foreign Minister mentioned that Trump was considering imposing a naval blockade on Venezuela, which the Venezuelan government described as a very serious “massive violation” of the Human Rights of Venezuelans.

It is important to remember that on August 5, the Trump government signed an executive order freezing all of Venezuela’s assets in the US and restricting the use of its country’s financial system for any national or foreign company that conducts business with the country, a de facto blockade.