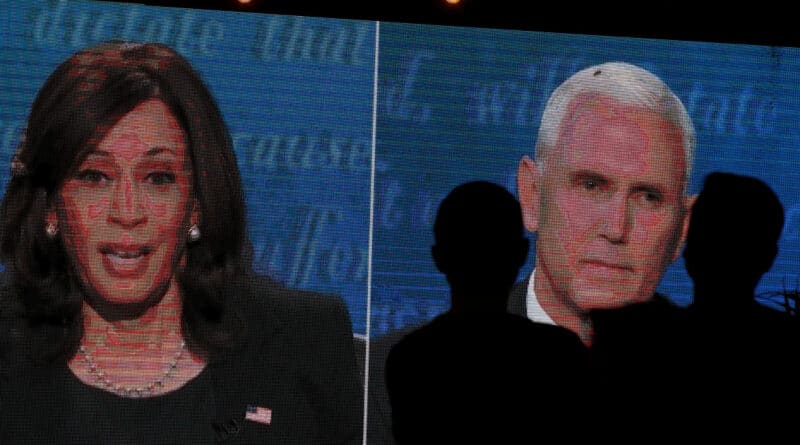 The primary distinction between the Democratic and Republican parties was laid out rather succinctly in the VP debate in the responses to the question about Climate Change.

Pence’s answer was predictable, refusing to acknowledge the severity or even reality of the crisis facing the natural climate so as to not incite a “panic” on Wall Street.

Harris’ answer was incredibly telling. She emphasized that the Biden/Harris ticket “believed in science” and promises to address the reality of climate change. But they don’t support the Green New Deal or a fracking ban.

This is important because the same scientific consensus that asserts capitalist-fueled climate change is real also concludes that fracking is environmentally destructive and that drastic transformative steps must be taken to address the climate crisis.

In other words, the GOP refuses to acknowledge that climate change is real or severe, even if they know otherwise, in order to preserve extraction industry growth. The DNC, on the other hand, will acknowledge that the problem is real, and will appeal to a moral high ground over that acknowledgment, but will refuse to do what they know is necessary to address the problem, likewise, in order to preserve industry profitability.

RELATED CONTENT: The Left, the Right and the Capitalist State

You can see this manifest across the board of the prominent issues of today, from racial justice and policing to healthcare and student debt (except for the issues of national security, foreign policy, and intelligence agencies, where there’s a relative consensus on propagating the myths of foreign subversion and the necessity for US hegemonic domination and imperialist expansion).

This is the difference: the right won’t acknowledge a problem exists, liberals might acknowledge it but won’t do what’s necessary to address it, and both are acting in the interests of the capitalist class.