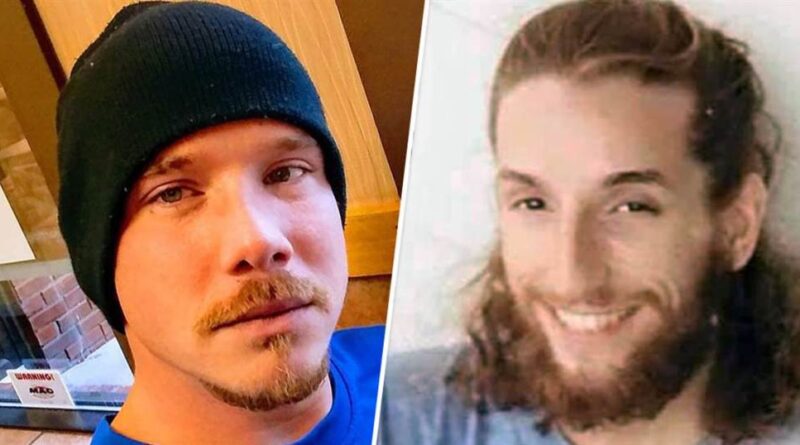 The state, when talking about political entities, might be defined as “the supreme public power within a sovereign political entity” (The Free Dictionary by Farlex). V.I. Lenin, leader of the Russian Revolution of 1917, wrote his important work “The State and Revolution” in the days leading up to the seizure of power by the working class and poor peasants of that nation. He distilled the idea that the “state” was, at heart, “bodies of armed men” including the military, police, the courts and prisons that maintained the rule of one class over other classes. These repressive forces were necessary because the state existed for the exploitation of one class for the benefit of another. All the rest of the departments of government were not fundamental.

Slaveholders needed a state to keep slaves from revolting. Feudal barons and kings needed a state to maintain their extravagant lifestyles off the backs of the peasant masses. The capitalist bankers and bosses, representing only a tiny percentage of the population, needed a host of armed agents and a coercive judicial system so that the other “99%” could be controlled if and when they decided to throw off the oppressive yoke either at home or abroad.

The United States today is experiencing a profound crisis that is worrisome to the billionaire capitalist class. An essential element in ruling over some 330 million people, when you are really not even “1%,” is to keep those masses divided and confused. Heaven forbid that the working class and even the middle class (the peasantry is long gone as a numerical force) recognize their common interests, unite and turn against the super rich.

White supremacy is the premier tool, or weapon, used to keep people in the U.S. divided. The ruling class arsenal also employs sexism, anti-LGBTQ+ bigotry, ableism, and more in their attempt to fragment and thus weaken the working class and oppressed nations inside the borders.

But it is inevitable for oppressed and exploited people to rebel. The racist murder of George Floyd by Minneapolis police was the straw that broke the proverbial camel’s back. Years, decades of police violence and murder against African Americans and other people of color erupted into a massive uprising that began on May 25 and has continued, remarkably, up to today. The protests are not just in a few cities, but across the country in large metropolises and small towns alike.

The uprising is also characterized everywhere by its youthfulness and the unity of African Americans, Latinx people, Arabs, Native people and whites. This is what most worries the ruling class. Also noteworthy is that the uprising started and continues in the midst of the COVID-19 pandemic. Who knows how large the movement would grow to if tens of millions of people weren’t cautiously staying home for fear of contracting the disease?

No less disturbing to the billionaires and their agents is the economic dislocation caused by the pandemic. What happens when a mass movement against white supremacy and police terror coincides with an economic collapse of the capitalist system. Tens of millions of workers are out of work with no clear path to return to work as the coronavirus proves unmanageable. Unable to pay their rent or mortgages millions face eviction or foreclosure.

The emergency stimulus package known as the CARES Act staved off disaster for a while. The pitiful $1200 the government gave to many people was bolstered by several months of extra unemployment benefits to those laid off due to the pandemic. But those band aids ran out a while ago and the two capitalist political parties – Democrats and Republicans – have proven unable to pass a second package. The Trump administration did get the CDC to order a halt to evictions nationwide, but it isn’t clear if the ruling will survive court challenges or local sabotage.

Unseen by most people is how the stock market is staying high. Unemployed workers and closed factories and offices don’t produce profits for the capitalist class. The Federal Reserve has been holding interest rates to zero as well as buying corporate bonds to maintain the illusion that all is well. This cannot go on forever. Maybe they will keep it up until the election. But, sooner or later, a crash is feared by many economists and political insiders.

The coinciding of the three crises – COVID-19, anti-white supremacy uprising and economic collapse – haunt the ruling class. President Trump has been going full blast to support the police against demonstrators. He sent Federal agents from many departments in full riot gear to assault the Portland protesters. That backfired and the demonstrations grew greatly. In Detroit U.S. Attorney General William Barr came to town and met with top police officials on August 18. Four days later the Detroit police launched an unprovoked, violent attack on a peaceful gathering. No one believes that was a coincidence. But the protests in Detroit continue nightly. Democratic nominee for the presidency, Joe Biden, has also chimed in to condemn protests that have expressed themselves commensurate with the rage of the people. Of course, unlike Trump, Biden tries to show a little bit of sympathy for “peaceful” demonstrations.

In situations where the organs of state power, the “bodies of armed men” in Lenin’s words, prove unable to do the job of suppressing the masses, the capitalist class has historically turned to extra-legal bodies of far-rightwingers who are not bound to respect law or constitutional niceties. These groups going by the name of Nazis, KKK or some “patriotic” title have always existed on the outskirts of society. Sometimes the ruling class may put them down and at other times they are encouraged, financed and given support by the police themselves.

Hitler’s Nazis played the role of a fringe group in Germany for 10 years before the German ruling class, fearing the power of the Socialist and Communists, unleashed him and allowed him to take power in 1933. In the South in the U.S. after the Civil War and onwards the Ku Klux Klan, hand in glove with the local police and the ruling rich, carried out murder and terror against African Americans as well as any white sympathizers for equal rights.

RELATED CONTENT: “State and Revolution” by V.I. Lenin, a Guide for Today’s Movement Against Police Terror

It should not surprise anyone that fascists in Kenosha came to that Wisconsin city on August 25 to confront anti-police terror protesters. The demonstration there followed the police pumping 7 bullets into the back of Jacob Blake with no provocation. Kyle Rittenhouse armed with an AR-15 style rifle opened fire killing Anthony Huber and Joseph Rosenbaum and seriously wounding a third person.

Days later far-right Trump supporters caravanned into Portland, intent on confronting Black Lives Matter protesters. Fights broke out on many streets. A man identified as a member of a right-wing extremist group was shot in the chest and died. Police, led by Federal agents, tracked down the alleged anti-fascist shooter and gunned him down during the arrest.

Right wing groups are being whipped up to assault and murder progressive people who have taken to the streets to demand change. Not surprisingly FOX News has been promoting, praising and pushing them on. The President of the United States has also made it clear repeatedly that he supports them and what they are doing.

The right wingers only exist with the forbearance or encouragement of at least part of the ruling class. It Is clear that the fascists are getting special treatment from the police forces around the nation. During the early days of the pandemic armed militias showed up at the Capitol Building in Lansing, Michigan, pushing their way into the building when the legislature was in session. They claimed their constitutional right to bear arms and the police gave them full access. Over the years these same police refused to allow protesters to even carry protest signs into that same building.

On June 9, 2019 a small group of swastika wearing members of the National Socialist Movement marched through Detroit carrying guns. They went to confront the annual LGBTQ festival in downtown’s Hart Plaza. This small group of Nazis weren’t bravely facing the crowd. No, they were surrounded and escorted by a phalanx of Detroit cops who made sure no one ran them out of town.

The Portland fascist caravan had no interference from the Portland or state police. But in Kenosha the cops stopped trucks carrying water and food that had arrived to support the demonstrators. And you can see for yourself that Kyle Rittenhouse was allowed to walk through police lines after he had murdered two men and wounded another, still carrying his rifle.

The progressive, radical and revolutionary “left” is in the streets and, of necessity, will only grow. The labels “left” and “right” come from the year 1789 when the French Revolution convened the National Assembly in Paris. On the left side of the hall sat the delegates who were against King Louis XVI and his oppressive nobility. On the right side sat those who were conservative supporters of the King and the feudal system he headed. That struggle, between the left and right continued for years until the complete overthrow of the “old order” of the French feudal ruling class.

Today’s left wing encompasses those who are against police terror and white supremacy. Also included are those who want action against climate change. The left also covers supporters of women’s and LGBTQ rights. Those who demand economic justice and oppose oppression of minorities also belong to the left. Those on the left may disagree over many things, such as demands, tactics and methods. Not everyone believes that voting for Democratic Party candidates is a solution or even worthwhile.

Under current conditions the left will grow if a program can unite the different factions that emerge and correct tactics can be put forward. Mistakes will, no doubt, be made and difficulties and setbacks are inevitable. But the ruling class, their loyal politicians from both big parties, the armies and police as well as the fascist militias can be confronted and defeated by a serious and determined mass movement that understands that it is the capitalist system that needs to be overthrown and replaced by a system that values human needs not capitalist greed. That system is socialism.