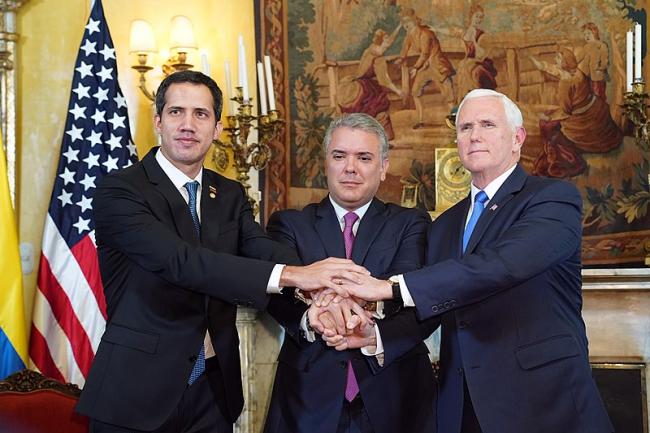 Despite previous sanctions leading to over 40,000 deaths in Venezuela over two years, the U.S. is escalating its economic offensive.

On August 5, the Trump administration issued an executive order escalating its sanctions against Venezuela. The order froze all Venezuelan government assets in the United States and threatened third parties around the world with punitive action if they trade with the Venezuelan government.

The next day, National Security Adviser John Bolton delivered a speech to a meeting of foreign governments in Lima, Peru. “We are sending a signal to third parties that want to do business with the Maduro regime: proceed with extreme caution,” he said. “There is no need to risk your business interests with the United States.”

In response, the Nicolás Maduro government cancelled its negotiations with self-proclaimed “interim president” Juan Guaidó, which had been scheduled for later that week in Barbados. The Venezuelan foreign minister plausibly speculated that Washington was “trying to dynamite the dialogue.”

The move is the Trump administration’s latest escalation of its coup campaign in Venezuela. In August 2017, Trump imposed sanctions that cut off the government’s access to U.S. financial markets. In January 2019, it recognized the right-wing Guaidó when he anointed himself president and imposed sanctions that prevented Venezuela’s state oil company from exporting to the United States.

The concrete impact of the new sanctions remains to be seen. Previous sanctions had already deprived the Maduro government of access to its foreign assets. And the Trump administration had already been threatening foreign firms with sanctions—and sometimes following through —for trading with Venezuela.

But the intensified threats against third parties may have substantial impacts. Two days after the the U.S. announced the sanctions, the Venezuelan government reported that a ship carrying soy imports was seized in Panama. Western Union responded to Trump’s decree by suspending all money transfers to Venezuela.

Previous U.S. sanctions have already had devastating impacts. While U.S. aggression alone did not create the Venezuelan economic crisis, it has made the situation far worse. Economist Francisco Rodríguez estimates that the 2017 sanctions cost the government $17 billion a year in lost oil revenues and that this year’s oil sanctions will cost it an additional $10 billion a year. Compared to those figures, the millions in “humanitarian assistance” that the United States has offered Venezuelan emigrants are a cynical drop in the bucket.

Killing Our Children and Elderly

U.S. officials usually claim, at least in public, that the sanctions punish only the government. The August 5 decree contains a vague exclusion for “food, clothing, and medicine intended to be used to relieve human suffering.”

RELATED CONTENT: We Repudiate the Brutal Cruelty of the United States against Venezuela (Solidarity Statement)

Even if the claim were true, international law still forbids “coercive measures of an economic or political character.” And one might question how much moral authority resides with a government that operates concentration camps on its border, accelerates an environmental crisis that will kill millions of people, and supports regimes far more repressive than Venezuela’s.

But the claim itself is obviously false: The victims of the sanctions are the Venezuelan people. By strangling the state-run oil sector that accounts for 99 percent of export revenue and by freezing the government’s foreign assets, the sanctions deprive the country as a whole from obtaining the foreign exchange needed to import food and medicines. Francisco Rodríguez notes that “if you block Venezuela oil exports, you block Venezuela’s capacity to pay for food. Therefore it’s meaningless for you to let food into the country if you’re not letting oil out.”

Furthermore, capitalists have a tendency to “over-comply” with sanctions regimes. That is, they steer clear of economies ostracized by the Western powers even when investing there is legally allowed.

The impacts are clear to most Venezuelans. Even right-wing polling firms have found strong opposition to the sanctions. Over two-thirds say the sanctions harm them. Meanwhile, Guaidó and his team fully support the sanctions.

Jordania Lunar, a young working-class woman from Caracas, blames her government’s mismanagement for “50 percent” of the crisis. But she assigns the rest of the blame to the United States, since “Venezuela has to import its medicines,” and sanctions deprive it of revenue to do so.

Elba Zapata, a 68-year-old woman who lives on the outskirts of Caracas, rejects the fallacy that the sanctions target only government officials: “This blockade, this despicable war they’re waging against us, it isn’t bringing down Maduro, it isn’t bringing down Diosdado Cabello [president of the Constituent National Assembly]. It’s bringing down us, the Venezuelan people. And all of it why? Because of a desire to get ahold of Venezuela’s resources.”

Elba’s great-granddaughter, Desiree, has a life-threatening disease of the lymph nodes and the family is unable to obtain the cure. The girl’s father, Jorge Tarazona, says that the sanctions “are killing us, our children, our elderly.”

When criticism of the sanctions appears in corporate media, it is typically limited to objections that they “will not work,” or that the coup strategy is too “simplistic.” Moral condemnations like those of Jordania, Elba, and Jorge are not permitted.

Nor do most critics acknowledge the logic behind U.S. strategy, which follows an old playbook: inflict misery on civilian populations so that they’ll rise up against governments that the U.S. dislikes.

Soon after the 1959 Cuban Revolution, State Department official Lester Mallory wrote privately that “every possible means should be undertaken promptly to weaken the economic life of Cuba,” to deny “money and supplies to Cuba, to decrease monetary and real wages, to bring about hunger, desperation and overthrow of government.” Thus, the economic embargo persists to this day.

When socialist Salvador Allende was elected president of Chile in 1970, Richard Nixon secretly ordered his underlings to “make the economy scream.” The same aim underlay the economic component of the U.S. terror war against Nicaragua in the 1980s, which John Bolton cited as a positive precedent in his August 6 speech.

U.S. policy toward Venezuela obeys the same logic. At a March 11 press conference, Secretary of State Mike Pompeo expressed optimism that Guaidó’s forces would soon “turn the tide.” In his words, “the circle is tightening. The humanitarian crisis is increasing by the hour…You can see the increasing pain and suffering that the Venezuelan people are suffering from.” In a similar vein, U.S. special envoy Elliott Abrams has threatened that “a Venezuela in recovery” is “not going to happen under the Maduro regime.”

A Test of U.S. Power

The coup push in Venezuela is, among other things, a test of U.S. power in an era when the empire’s economic hegemony has been challenged. The Trump administration is betting that, through a mix of persuasion and coercion, it can get the rest of the world to go along.

It’s had some success. The governments of Haiti and several other small Caribbean nations have recognized Guaidó in exchange for promises of U.S. aid and investment. The coalition of 56 countries backing the coup also includes far-right ideological sympathizers in places like Brazil, Colombia, Hungary, Israel, and Poland.

Still, the limits of U.S. power have been very apparent. Most of Trump’s allies have opposed his threats of military invasion and have been more committed to negotiations than Washington has.

The big obstacles, however, are China, Russia, and India, which have refused to back the coup. China and Russia have extended loans to Venezuela, while China and India have bought much of Venezuela’s oil. On August 8, Venezuela and China announced a new joint venture to boost Venezuelan oil production.

Trump officials have tried to sway China and others by warning that Venezuela won’t be able to pay back their loans until the economy recovers—which they will not allow “to happen under the Maduro regime.” Now, they are stepping up threats of economic retaliation. But China and company may be too powerful to be bullied, as their defiance of Trump’s Iran sanctions also suggests.

Yet even if it lacks the power to impose regime change, the United States can still impose plenty of misery on Venezuelans.

The sanctions will remain in place at least as long as Trump and Maduro are in office, making economic recovery almost impossible. And since most Democrats support the sanctions, a potential Democratic president after 2020 might even keep them in place.

In Venezuela the situation is grim. Though Guaidó’s prospects appear diminished since the start of this year, a successful coup is still possible. While it would bring an end to sanctions, it would usher in a new era of privatization, deregulation, austerity, and likely the mass persecution of leftists—what Guaidó supporters term “the wonderful Venezuela of old.”

For its part, the Maduro government has been inept in its handling of the economy, leading to widespread disenchantment. Even among progressive Venezuelans there is growing disillusion. Maduro has not taken adequate action to protect victims of right-wing violence, and in many cases, state forces have harassed and impeded the country’s grassroots democratic forces. Imperialist hostility has predictably contributed to the constriction of political space, including for leftist criticism of the government.

New negotiations are necessary, but what they can produce is unclear. For meaningful negotiations to happen, the Trump regime would need to acknowledge that its coup strategy has failed. To date, it has spurned proposals for compromise. Fair negotiations would also require the prior lifting of the sanctions.

In other words, the immediate prospects are bleak. Trump’s need to appeal to right-wing émigrés in Florida, his vindictive and narcissistic masculinity, and bipartisan complicity in Congress will likely prevent any softening of the sanctions. Venezuelans will continue to pay the price. 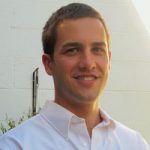 Kevin Young is an Assistant Professor of History at the University of Massachusetts Amherst. He is a co-director of the new documentary Venezuelans Under Siege. To see the film, and to donate money for medicines for Venezuelans, visit https://VenezuelansUnderSiege.com.

Kevin Young is an Assistant Professor of History at the University of Massachusetts Amherst. He is a co-director of the new documentary Venezuelans Under Siege. To see the film, and to donate money for medicines for Venezuelans, visit https://VenezuelansUnderSiege.com.